YA Books: By Authors and About Authors 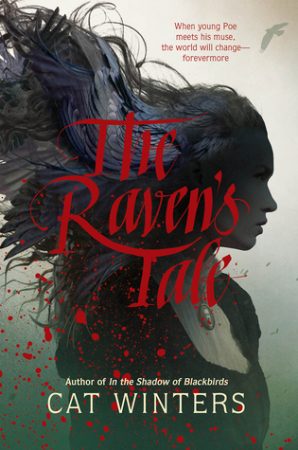 A really fun source of inspiration for some YA writers is going into the lives of actual authors and imagining what their teen years were like. Sometimes there are real documents and resources to create an accurate depiction, and other times, authors let their imaginations run wild because there isn’t much information. Either way, it leads to some amazing interpretations of the lives of authors we can still read today.

Books about male writers aren’t very common, but there are a few. Kissing Shakespeare by Pamela Mingle features a time traveling romance to keep the famed writer inspired. Cat Winters is taking on Edgar Allen Poe as a teen with a twist – evil Muses – in The Raven’s Tale. John Milton, author of Paradise Lost, is arrested in Traitor Angels by Anne Blankman, and only his daughter Elizabeth, and her knowledge of his work, can save him.

The Bronte sisters are slipping away from reality as their brother slips into madness in Lena Coakley’s Worlds of Ink and Shadow. On the other hand, Jane Eagland takes on a more realistic portrayal that focuses on Emily Bronte, set after the death of the patriarch of the family. In The World Within, the siblings are further apart than ever, geographically and emotionally. Michaela MacColl wrote Always Emily, focusing just on Emily and Charlotte Bronte, working to solve a series of local mysteries that may actually be related. 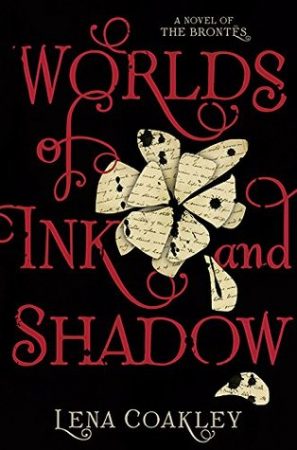 Jane Austen is one of the most beloved authors of classics, so there’s several YA books about her. I Was Jane Austen’s Best Friend by Cora Harrison is told from the perspective of a cousin of Jane’s who’s falling in love for the first time. To actually focus on Jane, Michaela MacColl wrote Secrets in the Snow, all about the romance Jane had with Mr. Lefroy in her younger years – fans of Becoming Jane may recognize that name.

Michaela MacColl, as you may be able to tell, writes a lot about authors. She’s also taken on the reclusive Emily Dickinson in Nobody’s Secret and putting Louise May Alcott on the Underground Railroad in The Revelation of Louisa May.

One less well known writer who’s been fictionalized in YA is Fredrika Bremer, considered to be a Swedish Jane Austen after finding popularity in the 1840s and 1850s. Margarita Engle wrote about Fredrika’s trip to Cuba with Cecilia, a slave who longs for her home, and Elena, a wealthy young girl who sneaks out to join them, in The Firefly Letters. Engle also wrote The Lightning Dreamer about Gertrudis Gómez de Avellaneda, an abolitionist from Cuba who refused an arranged marriage.

Which authors do you want to see get the YA treatment? Tweet us @piquebeyond and let us know!

Tags: cat winters, lena coakley, the raven's tale, Worlds of Ink and Shadow
« The Books We Can’t Wait to Pick Up in the Second Half of 2019
Books to Creep You Out »