Celebrating Women’s History with YA Books

Women are powerful forces in the YA book world. Most YA authors are women and most YA stories are about women. And sometimes, that means they’re about women that actually existed, giving us a glimpse into real history. Today, to celebrate Women’s History Month, we’re talking about YA books featuring real women who made a big difference.

My Lady Jane by Brodi Ashton, Cynthia Hand, and Jodi Meadows
Inventing Victoria by Tonya Bolden
Deadly by Julie Chibbaro
Worlds of Ink and Shadow by Lena Coakley
The Queen’s Daughter by Susan Coventry
Audacity by Melanie Crowder
I Am Remembrandt’s Daughter by Lynn Cullen
Alex and Eliza by Melissa de la Cruz 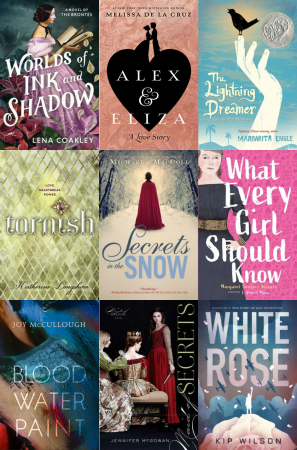 Tags: lena coakley, Worlds of Ink and Shadow
« 20 Love Quotes to Live By
YA About a Winter Wonderland to Read Inside »