What We’re Reading While We Wait for STAIN 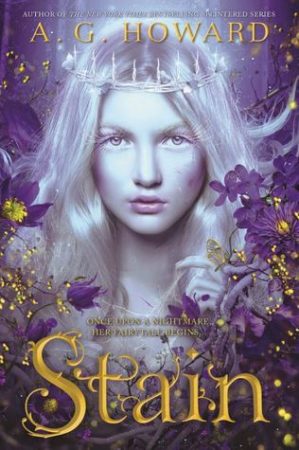 A.G. Howard is coming back with a new release, Stain, and it’s inspired by The Princess and the Pea. As we near the January 15 pub date, it’s seriously all we can think about. And to pass the time, we’ve decided to pick up some other fairytale retellings to get us hyped up.

For another version of The Princess and the Pea, we turn to Tiffany Schmidt’s Hold Me Like a Breath. This isn’t a fantasy – it’s actually about a crime family and the black market organ trade – but it still lets us get a peak at what can be done with this fairytale.

One great source of dark fairytale retellings is the Ravenspire series by C.J. Redwine. This series is set in a world with multiple kingdoms and each story takes place in a different one, featuring new characters, but sometimes we get a visit from the old characters while we’re there. The Shadow Queen is a take on The Snow Queen, The Wish Granter takes on Rumplestiltskin, and The Traitor Prince retells an Arabian tale called The False Prince, with a little bit of The Prince and the Pauper. 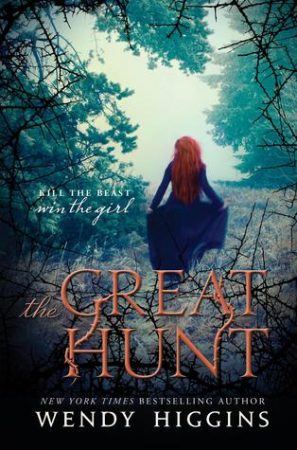 If you’re looking for more tales that don’t get much love, Wendy Higgins’s The Great Hunt is a retelling of a Grimm story that doesn’t get much attention – The Singing Bone. This read will be fitting for anyone who wants a story of a princess who will save herself.

Another princess who will save herself is Lira, from To Kill a Kingdom. This dark reimagining of The Little Mermaid features a murdering siren who prides herself in killing human princes, but she’s banished to collect the heart of one prince in particular – a prince who’s made it his mission to kill sirens. These two are thrust together, each intent on killing the other, even as such a task gets harder and harder.

These are far from the only fairytale retellings you could check out while you wait. Some other fantasy reimagining you can read are:

Girls Made of Snow and Glass by Melissa Bashardoust
A Curse as Dark as Gold by Elizabeth C. Bunch
Forest of a Thousand Lanterns by Julie C. Dao
Entwined by Heather Dixon
Princesses of the Midnight Ball by Jessica Day George
Sea Witch by Sarah Henning
Spindle Fire by Lexa Hillyer
Cruel Beauty by Rosamund Hodge
Reign of Shadows by Sophie Jordan
Enchanted by Alethea Kontis
Ash by Malinda Lo
East by Edith Pattou
Ash & Bramble by Sarah Prineas
Hunted by Meagan Spooner
A Wicked Thing by Rhiannon Thomas

Which ones will you be picking up to tide you over until Stain‘s release? Tweet us @piquebeyond and let us know!

Tags: A.G. Howard, Stain
« 72 YA Books to be Excited About in the First Half of 2019
Black Authors Continue Making History »