Take a Peek at BENEATH THE CITADEL 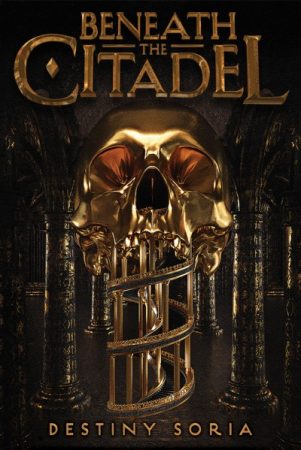 The citizens of Eldra are ruled by ancient prophecies. After the last infallible prophecy came to pass, growing unrest led to murders and an eventual rebellion that raged for more than a decade.

Cassa is an orphan, the daughter of rebels, and is determined to fight against the high council that has ruled the city for centuries. She joins forces with Alys and Evander Sera, two siblings whose family was on the brink of starvation during the last rebellion, and Newt Dalton, a small, perpetually underestimated boy.

It is up to them to uncover the mystery of the final prophecy. But when they do, will they be able to save themselves, let alone their city? Find out when Destiny Soria’s Beneath the Citadel hits shelves on October 9.

But first, take a peek inside!

BENEATH THE CITADEL Chapter… by on Scribd