Take a Peek at GIANT DAYS

Let’s face it: your first year of college is going to have its highs and lows. One way to mitigate those ups and downs? Gather a great group of pals to help you through it. 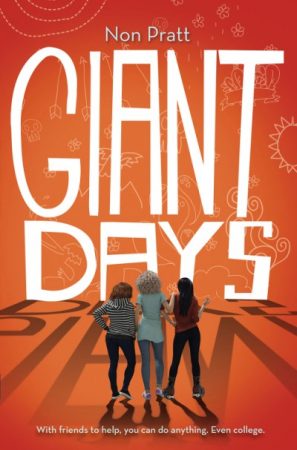 At least that’s what Susan, Daisy, and Esther do. In Non Pratt’s new novel based on the graphic novel series from BOOM! Studios, the terrific trio tackle a first year filled with ex-boyfriends, potential boyfriends, and what is probably (definitely) a yoga cult. Susan is brilliant and cynical. Daisy is curious and innocent. Esther manages to be equal parts goth and princess. Together, they can do anything—even college.

Things can get pretty weird when you’re away from home for the first time—but a great group of friends can make it alright. Follow the hilarious and heartfelt misadventures of Susan, Daisy, and Esther when Giant Days hits shelves August 12, but first take a peek below!

Headed to college for the first time this year, too? Here are Seven Things You Should Know.