Cover Wars: Which Edition is the Best Edition?

It’s happened to all of us. We love a book and then we see a foreign edition or a paperback – and the cover is totally different. There are even instances when the cover that gets revealed gets scrapped before the book’s published, so the cover you anticipated gets replaced. Sometimes you love the new cover more, sometimes the old cover. Sometimes you just want them all. We wanna hear from you – which covers do you prefer?

Jandy Nelson’s debut novel, The Sky is Everywhere, was a slow-burn hit, picking up more and more popularity while fans eagerly awaited her next work. That means it’s gotten a lot of makeovers. The first three are US covers – a hardcover, the first paperback cover, and the second paperback cover that’s in stores now – while the next two were the UK editions – a hardcover, then a paperback. Which is your favorite?

Frances Hardinge is an author beloved around the world. And around the world, everyone has a different idea of what cover best fits the book. From left to right, we have the UK cover, the US hardcover, the Australian cover, and the Special Edition cover. Which cover did it best?

E.K. Johnston has a wide variety of titles under her belt, but one of the most well known is A Thousand Nights, a retelling of the story of Scheherazade, from A Thousand and One Nights. The kind of cover you give to a book about a storyteller is hard to nail down. From left to right, you can see the US hardcover, the US paperback, the UK hardcover, and the UK paperback. Which one catches your eye the most?

With the recent release of the third book in the quartet, the Ember in the Ashes series has been getting a lot of attention lately. But it also got a lot of attention when the new US covers were released for the series, with lots of mixed reactions. The reaction to the UK cover changes were much quieter. From left to right is the US hardcover, the US paperback, the UK hardcover, and the UK paperback. Which do you think deserves your shelf space? 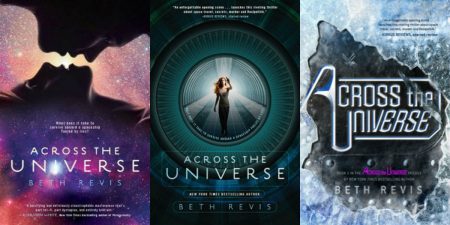 When it first released in hardcover, Across the Universe wowed readers with its reversible cover – it had this gorgeous pink and purple cover on one side and a blueprint of the space ship on the other side, so you could cover the book as you pleased. But with the sequel came a paperback makeover featuring a girl on her own. And when the last book in the trilogy came out, there was a second paperback makeover to highlight the part where the main character was frozen alive. Which cover do you prefer? 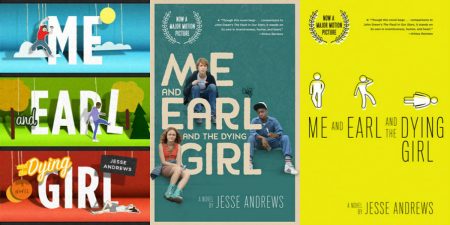 Whenever a book is loved enough to get a movie, it will inevitably get at least one cover makeover, and Me and Earl and the Dying Girl is no exception to the rule. On the left is the hardcover, in the middle is the movie tie-in edition, and on the right is the paperback. Which cover draws you in? 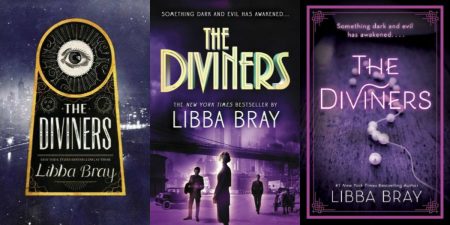 Sometimes a cover change is triggered when there’s a long time between the first book and the sequel. Readers waited a long time to read the sequel to The Diviners, so when the paperback came out, it got a cover remix to show the main characters. When the third title released, there was another cover redo, though this one kept the same purple colors and effects that make it look like something’s glowing. Which cover creeps you out the most? 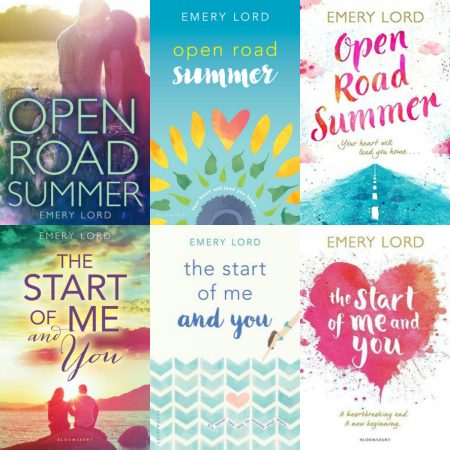 Sometimes it’s not just a book that gets a new look – sometimes an author is prone to cover changes. Emery Lord is one such author, with a variety of looks between her US hardcovers (left), her US paperbacks (middle), and her UK covers (right). Not all of her books get this treatment, but enough that it’s noticeable and gives collectors something to work on. Which covers are best? 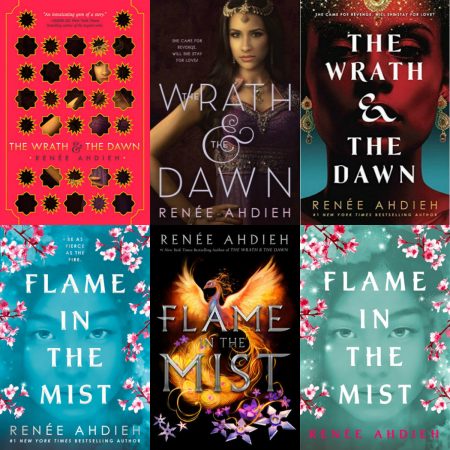 Another author who’s seen some cover re-dos multiple times is Renee Ahdieh. There was The Wrath and the Dawn hardcover (left), which had another cover under the dust jacket – the same cover they used to make the first paperback (center). Then there was the totally different look that launched after the duology ended to make a second paperback cover (right). Her new duology, Flame in the Mist, had a cover re-do mid series, going from the cover in the center, to the cover on the left before the sequel launched. The UK cover (right) is similar to the US paperback, with some tweaks to the coloring. 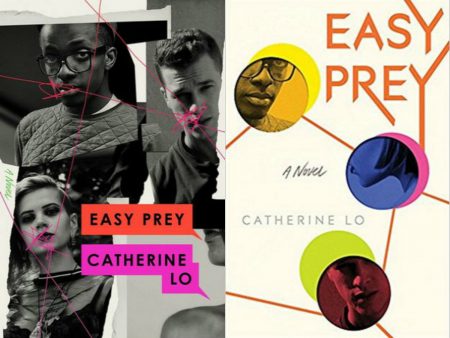 In some instances, a cover is released on the ARCs and gets circulated, but it’s decided that the cover just isn’t right. That happened with Easy Prey, which is coming out in October. On the left is the ARC cover, while the final cover is on the right. What do you think?

Do you have more thoughts on any of these covers? Tweet us @piquebeyond and let us know!

Tags: catherine lo, easy prey, frances hardinge, jesse andrews, me and earl and the dying girl, the lie tree
« Pucker Up!: 5 of Our Favorite YA Romances for International Kissing Day
Your Back to School Reading List »