Some books are considered crossover books. Sometimes that means that a book works in more than one genre – it’s historical and fantasy or sci-fi and romance – but other times it means a book that appeals to both adult book audiences and YA audiences. How does a book get to be a crossover title? 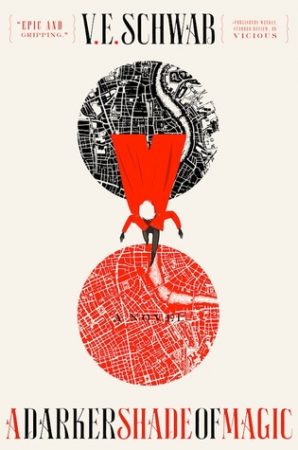 There are a few ways. It can be as simple as an author who writes for different audiences, sometimes. V.E./Victoria Schwab is one example of this; her first three books were YA, then her next few were adult and she continues to move between reading groups. Her initial audience was in YA, but many of her YA readers have eagerly picked up the A Darker Shade of Magic series and Vicious. One of her upcoming releases is a middle grade and it’s already getting a lot of buzz because her fanbase will follow her wherever she writes. Rainbow Rowell is another example of this – she started writing adult books, then moved to YA for two books, to adult for one, then back to YA. Both authors, despite moving age ranges, still keep their writing voice and still keep the same style of book, so their readers follow them.

This also helped Sarah Beth Durst when she opted to write an adult book. Durst had been publishing YA books, and a few MG books, since 2007, then published The Queen of Blood in 2016. She had lots of time to build a loyal audience who would be eager to pick up this new release, even if it was adult, but the book itself also clicked with a lot of YA readers. Part of this is because the book is still about YA-aged protagonists, but it’s a bit darker than the rest of her YA, causing it to be published as an adult novel.

The Queen of Blood isn’t the only book that could’ve been published as a YA book if not for one or two elements. The Queen of the Tearling by Erika Johansen became a hugely popular read as soon as it released, hitting bestseller lists. Many readers compared it to Rae Carson’s YA novel, The Girl of Fire and Thorns. But the protagonist is 19 and the writing style fits the adult audience more, so it fit better with an adult audience, marketing wise, but still grabbed a lot of YA readers. Pure by Julianna Baggott is another example of this – the protagonist is only 16, but the writing is more geared toward an adult audience with a slower pace and a gritty, creepy world. Again, this book could’ve worked with YA readers, but stylistically fit the adult market better.

From these examples, you can tell that speculative fiction tends to be more popularly published in adult books, but with a sizable YA audience. But there are definitely YA books that catch a lot of adult readers. 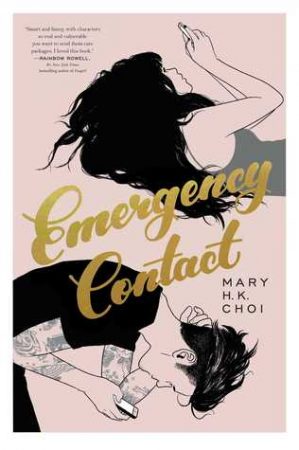 Probably the biggest draw are the books that get turned into movies, for the obvious reason that people want to read the book before seeing it. The Hunger Games, Divergent, Twilight, Simon vs the Homo Sapiens Agenda, Harry Potter – adults fell in love with these books and they often become a gateway into YA books.

Other instances usually feature really big name authors or older protagonists. John Green, for example, is definitively a YA author, but with two movies under his belt and with the stories he writes, they often catch the attention of adult book readers. His newest book, Turtles All the Way Down, even had a cover that was stylistically similar to adult literary fiction. Otherwise, it’s usually older characters that have the crossover appeal. Characters who are in college are more likely to attract older readers, for obvious reasons – books like Emergency Contact, We Are Okay, and American Panda.

But there are also some books that just…click for YA and adult readers alike. V.E. Schwab and Rainbow Rowell are two examples, but there are others. The Night Circus by Erin Morgenstern, for example, is beloved by many YA readers, and YA books keep trying to recapture the magic of that book. There is no easy explanation for why some books hold such strong crossover appeal. It can happen in any genre – we focused on fantasy and contemporary, but there’s a strong romance/YA audience crossover and sometimes a non-fiction book grabs everybody – and sometimes publishers can see it happening and market to both audiences and sometimes it just happens.

What are some of your favorite crossover books? Tweet us @piquebeyond and let us know!