We talk a lot about book boyfriends in YA – love interests (and sometimes main characters) that make us swoon. But with Bookish Boyfriends just hitting shelves, we’ve been thinking about classic novels and YA books don’t hold a monopoly on swoony boys. Frankly, a lot of love interests could take a lesson or two from some of the love interests in classics. Sure, some of them are problematic – racism, colonizing, locking their wives up in attics – but others weren’t so bad and had a way with words. 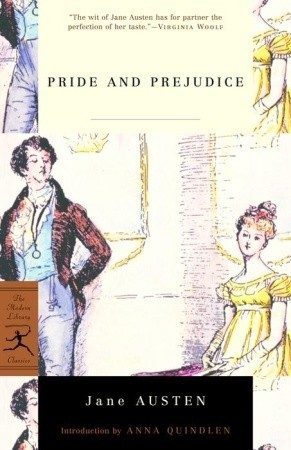 “In vain I have struggled. It will not do. My feelings will not be repressed. You must allow me to tell you how ardently I admire and love you.”

Mr. Darcy kind of screwed it up after this point, but he started strong and gave us all the butterflies.

“That the wish of giving happiness to you might add force to the other inducements which led me on, I shall not attempt to deny. But your family owe me nothing. Much as I respect them, I believe I thought only of you.”

“What do I not owe you! You taught me a lesson, hard indeed at first, but most advantageous. By you, I was properly humbled. I came to you without a doubt of my reception. You shewed me how insufficient were all my pretensions to please a woman worthy of being pleased.”

Look at how he learns from Elizabeth! He learns humility, he learns selflessness, and he wants only to make her happy. Swoon, right?

Darcy was far from the only Austen hero to get some swoony lines. In Persuasion, Captain Wentworth writes to Anne Elliott, having reconnected after separating years before:

“You pierce my soul. I am half agony, half hope. Tell me not that I am too late, that such precious feelings are gone for ever. I offer myself to you again with a heart even more your own than when you almost broke it, eight and a half years ago. Dare not say that a man forgets sooner than woman, that his love has an earlier death. I have loved none but you. Unjust I may have been, weak and resentful I have been, but never inconstant.”

Oh, poor Wentworth! Suffering for over eight years, still in love with a woman who was forced to reject him. 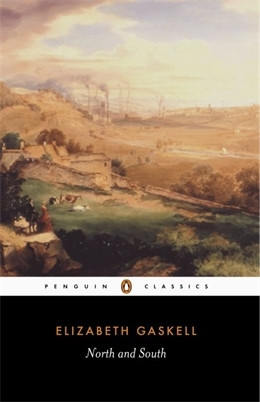 “I have never loved any woman before: my life has been too busy, my thoughts too much absorbed with other things. Now I love, and will love.”

John Thornton, the love interest of Elizabeth Gaskell’s North and South, is similar to Mr. Darcy. This was part of his initial proposal to Margaret Hale, which went about as well as Darcy’s first proposal did. But, he also makes up for it.

“Not good enough! Don’t mock my own deep feeling of unworthiness.”

“I wanted to see the place where Margaret grew to what she is, even at the worst time of all, when I had no hope of ever calling her mine.”

Oh Mr. Thornton. (And when you watch this scene in the mini-series they made? It’s unbearably perfect.)

“You are of such value to me, that all else has become nought. You are my heart, my life, my one and only thought. Oh, Maude, I cannot live without you, I cannot leave you without a word of love. All is changed to me since I have known you. I am poor and lowly and all unworthy of you; but if great love may weigh down such defects, then mine may do it. Give me but one word of hope to take to the wars with me-but one.”

While we all know Sir Arthur Conan Doyle for Sherlock Holmes, he also wrote historical novels like The White Company, featuring a love story between a squire named Alleyne and Maude, the daughter of the constable and soldier Alleyne serves. And Alleyne, having grown up in a convent, has a way with words.

“You say truly, you say truly. But you do not reject me, Maude? You give me some ray of hope? I do not ask pledge or promise. Say only that I am not hateful to you-that on some happier day I may hear kinder words from you.”

Much Ado About Nothing

“I do love nothing in the world so well as you: is not that strange?”

We’re all familiar with Shakespeare’s tragedies – Romeo and Juliet, Julius Caeser, Hamlet, Macbeth – but he also wrote romantic comedies, like Much Ado About Nothing. This Shakespearean play is largely a love story for Benedick and Beatrice, who are the epitome of hate-to-love romance. Fortunately, Benedick gets some pretty good lines that even those who struggle with Shakespeare can figure out.

“I will swear by it that you love me; and I will make him eat it that says I love not you.”

Tags: bookish boyfriends, tiffany schmidt
« What Comes Next: YA Books About Life After High School
Every Body is a Beach Body: Body-Positive YA Books »