20 Books to Pick Up After Seeing LOVE, SIMON

So you, like millions of others, have recently seen and fallen utterly in love with LOVE, SIMON. And maybe you’ve seen it in theaters repeatedly and your friends are ready to stage an intervention. Or maybe you can’t swing movie theater visits that often and have to wait for it to be available at home, listening to the soundtrack to get through. Either way, we feel your pain and we want to help!

We pulled out our cutest, funniest YA romances that’ll tug on your heartstrings and maybe make you cry with their sweetness. And yes, a lot of them have queer characters. 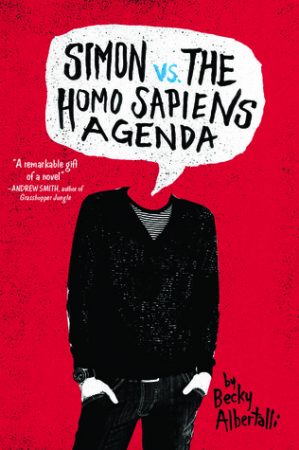 Simon vs the Homo Sapiens Agenda by Becky Albertalli – Of course you have to read the book that inspired the movie! There are differences, but the core of the story is there and we can’t recommend it enough.

The Upside of Unrequited by Becky Albertalli – Molly Peskin-Suso has a very different journey from Simon, but she is related to Simon’s friend, Abby, and she has her own unbearably cute romance with a wonderful friend group to boot.

Leah on the Offbeat by Becky Albertalli – If you’re looking for a sequel to LOVE, SIMON, this might be the closest you’ll get. Simon’s best friend, Leah Burke, has a secret of her own that she can’t quite tell yet. This book will be releasing April 24, so you can have it in your hands soon!

One Man Guy by Michael Barakiva – Alek’s parents force him to go to summer school to bring up his grades after his freshman year of high school. He’s sure it’ll be hell, until he meets Ethan. Ethan, who’s all that Alek wants to be. Ethan, who wants to be Alek’s friend. And now Alek is stuck wondering if friends is enough. If you’re looking for more gay romcoms, this is a good starting point.

Georgia Peaches and Other Forbidden Fruit by Jaye Robin Brown – Joanna’s been out to her family for years, even though her father’s a popular radio evangelist. Now that they’ve moved to a conservative town in Georgia, Jo agrees to keep it a secret, until she meets Mary. Joanna’s secret isn’t quite as well kept as Simon’s, but the stakes for her being out are still high.

American Panda by Gloria Chao – Mei is keeping her own secret from her family. They want her to be a doctor and marry a Taiwanese Ivy Leaguer. But Mei is a germophobe. And she kind of has a crush on a Japanese boy named Darren. And she really wants to reconnect with her disowned brother. While Mei is straight, this is still a really good option for those wanting a diverse romcom.

Emergency Contact by Mary H.K. Choi – Penny’s time in high school was uneventful, but now she’s going to college to be a writer. Sam’s living on a mattress above the café he works in, dreaming of being a director. The two collide and, despite the awkward beginning, swap numbers and begin to bond over text messages. If you loved the importance of emails as a screen for Blue and Simon getting to know each other, this love story might work for you.

Under Rose-Tainted Skies by Louise Gornall – Norah’s intense agoraphobia makes it impossible for her to leave her house. But the new boy next door doesn’t know that about Norah; he just knows she’s funny and smart and he wants to spend time with her in this super sweet romance. This is another really cute, sometimes awkward love story where secrets are kept and getting to the truth is rough. 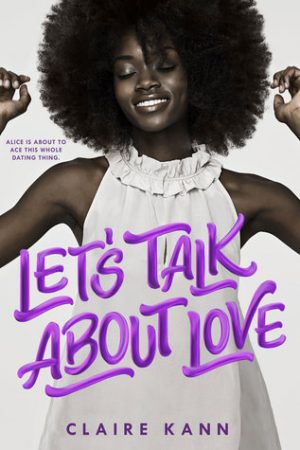 Let’s Talk About Love by Claire Kann – If you loved the friendship dynamics, the effortless diversity, and the adorable awkward moments in LOVE, SIMON, then this may be the book for you. Alice’s girlfriend recently dumped her and her parents want her to figure out her life as she enters her junior year of college.

Autoboyography by Christina Lauren – Tanner came out as bisexual to his family years ago, but then they moved to a conservative town in Utah and he had to keep it secret. Until he meets Sebastian – a mentor in his writing seminar and a Mormon bishop’s son. This is a little heavier than Love, Simon, but just as sweet.

The Gentleman’s Guide to Vice and Virtue by Mackenzi Lee – This romance has a lot of similarities to LOVE, SIMON’s, despite the historical setting. Percy is also a lot more of a rake and the story itself is more of an adventure/journey story, but it’s still loads of fun and so sweet.

10 Things I Can See from Here by Carrie Mac – Maeve has struggled with anxiety for a long time and now her mom is going on a work trip, forcing her to move to Vancouver and live with her dad, who’s struggling to stay sober, and her new stepmom, who’s very pregnant. But there is Salix, a girl who doesn’t seem to worry about anything. Another slightly heavier read, but with a romance just as lovely as Simon’s and Blue’s.

When Dimple Met Rishi by Sandhya Menon – One STEM loving girl desperate to go to a summer program. One hopeless romantic who believes in soul mates. Four meddling parents hoping for an arranged marriage. It adds up to a very awkward first meeting. On the surface, this book is really different from LOVE, SIMON, but this romantic comedy has just as many laughs.

Gena/Finn by Hannah Moskowitz and Kat Helgeson – Gena and Finn are two opposites who don’t know each other in real life, but they became best friends after bonding over a favorite TV show online. But as they get closer and grapple with their feelings, their personal lives start falling apart. This is another love story that largely takes based through technology and there’s a little bit of that anonymous aspect, too.

Tash Hearts Tolstoy by Kathryn Ormsbee – Tash and her friends have been working on a web series adaptation of Anna Karenina for fun, but never expected the series to suddenly go viral or get award attention. Suddenly famous and dealing with a new crush, Tash also has to figure out how to navigate being asexual and how to come out. A little bit of technology, a great friend group, and struggling with coming out are all highlights for Tash’s story that you may have seen in Simon’s. 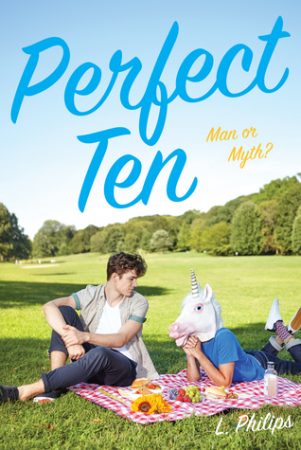 Perfect Ten by L. Philips – Sam broke up with the only other eligible gay guy in school two years ago. Desperate to end his romantic drought, he casts a love spell according to his Wiccan best friend’s directions. And suddenly three seemingly perfect guys start to pursue him – including his ex. Sam, like Simon, has to manage feeling isolated, but he also gets his own Bachelor-esque chance at love.

Juliet Takes a Breath by Gabby Rivera – Juliet’s coming out to her family didn’t go nearly as smoothly as Simon’s did. So she’s leaving the Bronx and moving to Portland to intern under her favorite author so she can finally start to figure out who she is and her place in the world. This is a really different sort of queer story, but it’s just as important as Simon’s.

If I Was Your Girl by Meredith Russo – Amanda moves in with her dad, making new friends and even meeting a cute new guy she’s kind of into. But she can’t hide the fact that she’s transgender forever in this sweet, devastating story. Amanda faces a different kind of coming out than Simon did, but the love story is just as wonderful.

The Summer of Jordi Perez by Amy Spalding – Abby Ives is happy to focus on her plus-size style blog and her plans to change the fashion world. She even manages to land an internship at her favorite boutique, where she can compete for a paid job. But nothing could’ve prepared her for the other intern, Jordi, who she absolutely cannot fall for. This is a romcom that has it’s own focus on a beloved food – this time, burgers take center stage.

Queens of Geek by Jen Wilde – Three friends are heading to a con: Charlie, an actress and vlogger who’s recently broken up with her boyfriend and is meeting her crush, Alyssa; Charlie’s best friend, Taylor, who’s in love with her best guy friend, Jamie; and Jamie, who maybe feels the same way. A close friend group, a queer love story, and they’re all nerds (they’re at a ComicCon-esque event, after all!)