#TBT/#TBR: YA Books to Pair with Classics

Everyone gets assigned classic novels to read that they don’t fully get. They can be a challenge to finish and they sometimes feel like a chore – the metaphors are annoying to catch, the writing can drag, the characters are unlikable. As miserable as classic novels might seem, there’s also modern, YA books that have the same themes as classics – or even the same plot – but in a newer, fresher way. It can be easier to understand a classic once you’ve read a YA novel with the same feel. Plus, we don’t expect you to write any essays or take any quizzes about them. Winning! 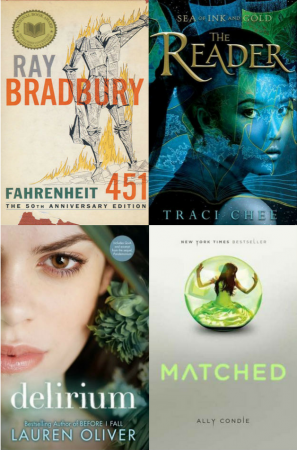 Emma by Jane Austen and The Espressologist by Kristina Springer 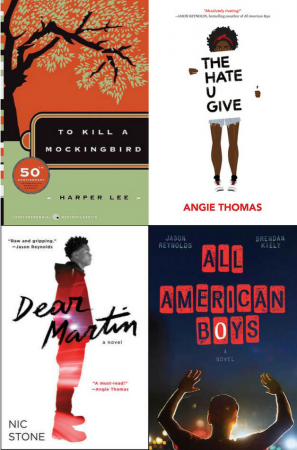 Fahrenheit 451 by Ray Bradbury and The Reader by Traci Chee, Delirium by Lauren Oliver, or Matched by Ally Condie

The Great Gatsby by F. Scott Fitzgerald and Great by Sara Benincasa or The Duke of Bannerman Prep by Katie A. Nelson

To Kill a Mockingbird by Harper Lee and The Hate U Give by Angie Thomas, Dear Martin by Nic Stone, or All American Boys by Jason Reynolds and Brandon Kiely

The Scarlet Pimpernel by Emmuska Orczy and Life After Theft by Aprilynne Pike, The Red Necklace by Sally Gardner, or Across a Star-Swept Sea by Diana Peterfreund

1984 by George Orwell and The Scorpion Rules by Erin Bow, Willful Machines by Tim Floreen, or Feed by M.T. Anderson

The Catcher in the Rye by J.D. Salinger and Symptoms of Being Human by Jeff Garvin or It’s Kind of a Funny Story by Ned Vizzini

Hamlet by William Shakespeare and The Steep and Thorny Way by Cat Winters, Saving Hamlet by Molly Booth, A Wounded Name by Dot Hutchinson, Ophelia by Lisa M. Klein, or Falling for Hamlet by Michelle Ray

A Midsummer Night’s Dream by William Shakespeare and Dreamers Often Lie by Jacqueline West, Eyes Like Stars by Lisa Mantchev, or Wondrous Strange by Lesley Livingston

The Winter’s Tale by William Shakespeare and Exit, Pursued by a Bear by E.K. Johnston

Frankenstein by Mary Shelley and This Dark Endeavour by Kenneth Oppel, This Monstrous Thing by Mackenzi Lee, Spare and Found Parts by Sarah Maria Griffin

Grapes of Wrath by John Steinbeck and Mosquitoland by David Arnold

The Invisible Man by H.G. Wells and Munmun by Jesse Andrews

The Island of Doctor Moreau by H.G. Wells and The Cage by Megan Shepherd

Night by Elie Wiesel and Between Shades of Gray by Ruta Sepetys, Rose Under Fire by Elizabeth Wein, or Never Fall Down by Patricia McCormick