Celebrating the Ladies of YA

It’s International Women’s Day and we’re celebrating some of the most important women we know – the YA characters who have changed our lives. We all know how influential books can be, especially books we read as teens, so it only makes sense we honor those very important characters who helped shape us.

One of the most famous YA heroines is Hermione Granger. Hermione was the girl with bushy hair who loved the library, loved studying, and didn’t quite fit in. She spoke to all of us as an outsider trying to figure out this new world the only way she knew how – with books. I think we can all relate to that.

Dystopians really came into popularity after The Hunger Games and it created many, many incredible main characters, but we have to celebrate the original ladies – Katniss, Prim, and Rue. Katniss was the epitome of a reluctant rebel because she really just wanted to take care of her family, however necessary. Katniss’s love for her sister leads her to connect to Rue, a quiet, brave girl. If you’ve read the story, you know exactly how important Rue is to the revolution. You also know how important Prim becomes as a figure in the rebellion and she continues to act as an inspiration to her Katniss. 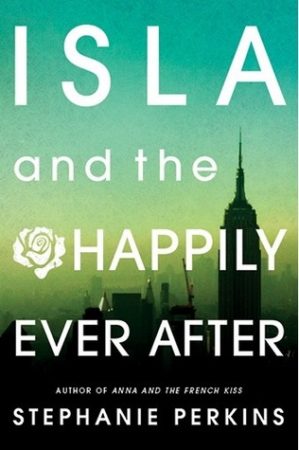 Stephanie Perkins wrote three incredible contemporaries with interwoven friendships and while many people love Anna and Lola, you can’t forget about Isla. Isla is an anxious, hopeless romantic and she’s in love with a boy she thinks could never love her back. She also makes a lot of mistakes and misreads situations and pushes people away because she doesn’t think she deserves them. Isla is remarkably similar to who I was as a teen girl and being able to read a character like her right after high school was really validating.

Sandhya Menon’s debut only came out in the summer of 2017, yet Dimple Shah quickly became one of the most relatable heroines I’ve ever read. Dimple loves science and creating apps, something both unique and really relevant to career paths in the future. She’s also trying to balance placating her parents while striking out on her own and pulling away from her culture. On top of that, she’s not always likable – so often girls are considered unlikable because they express being angry, because they won’t just be polite to everyone, because they stand up for themselves. Dimple Shah does all of that and It doesn’t make her evil; it makes her human.

Simon vs the Homo Sapiens Agenda by Becky Albertalli is a book that most people talk about as a game changer, but The Upside of Unrequited was the game changer for me. Molly Peskin-Suso is one of the most relatable characters I’ve ever read in a YA novel. She’s had twenty-six unrequited crushes. She’s awkward and anxious and has a supportive twin sister and wonderful moms and she’s lonely. Her sister gets a girlfriend and she feels alone, until she meets her nerdy new co-worker. Molly is so funny and real and, like Isla, really reflected the experience I had in high school.

While Ada Navarra and Corinne Wells weren’t the first friendship I read in a YA, they have been the most impactful. Ada and Corinne are very different best friends who work together beautifully. They each have distinct skills and storylines that give them individuality, but they’re better together than they are a part. And they know that. So they’ll also do anything it takes to protect each other and the others they love and that’s always something inspirational to me.

Everybody’s been talking about The Hate U Give by Angie Thomas, and for good reason. Starr Carter is an incredible girl who’s already split between the poor, predominantly Black neighborhood she grew up in and the fancy prep school she attends where most of the student body is white. She’s also the only witness when her childhood best friend is shot by a police officer, putting her in the middle once more, but this time on a national level. Starr doesn’t live in a dystopian society, yet she is a leader in a revolution. And unlike a lot of the main characters in dystopians, Starr could’ve chosen to stay quiet and let things go, dealing with the trauma on her own. Instead she’s brave enough to choose to take a stand and lead a movement for change.

There are so many incredible ladies in YA – both between the pages and in the community. We’re wildly different and come from all sorts of backgrounds, but all of our voices have value and the ability to change the world. So on this International Women’s Day, we’d love to hear who are your most important and influential YA ladies. Tweet @piquebeyond with your favorite characters.