Sporty YA Books for Every Occasion

Fall often means an uptick in sports – baseball just ended, hockey, football, and basketball are in full effect. Additionally, we’re just a few months away from the Winter Olympics. It’s hard to be a human and not be aware of sports this time of year.

Sports can cause a divide for readers, though. Some love sports . . . and others are totally uninterested in them. Either way, there are plenty of sports-filled YA books to kick your TBR pile up a notch. We’re rooting for these faves. 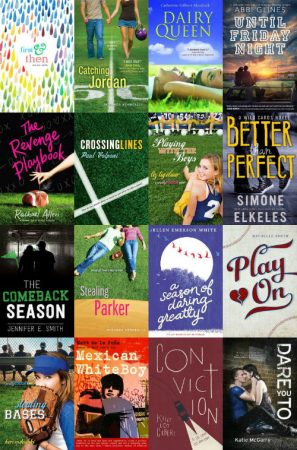 Stupid Fast by Geoff Herbach
Leverage by Joshua C. Cohen
Deadline by Chris Crutcher
Out of the Pocket by Bill Konigsberg
Until Friday Night by Abbi Glines
Backfield Boys by John Feinstein
The Bride from Me to You by Lisa Schroeder
The Revenge Playbook by Rachael Allen
Crossing Lines by Paul Volponi
Playing with the Boys by Liz Tigelaar
Better Than Perfect by Simone Elkeles

Baseball
Whatever Life Throws at You by Julie Cross
The Comeback Season by Jennifer E. Smith
Stealing Parker by Miranda Kenneally
A Season of Daring Greatly by Ellen Emerson White
Play On by Michelle Smith
Stealing Bases by Keri Mikulski 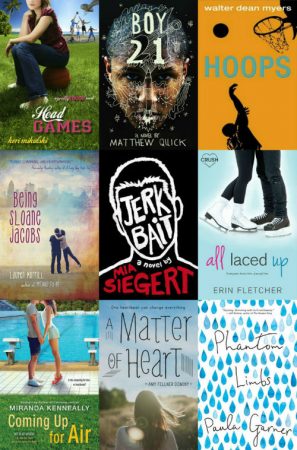 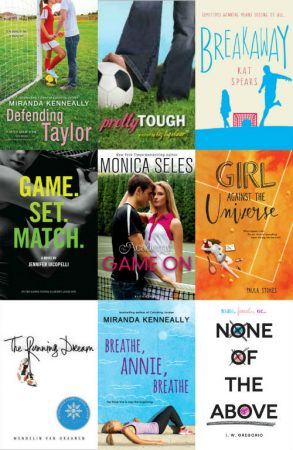 Tennis
Game. Set. Match. by Jennifer Iacopelli
Game On by Monica Seles and James LaRosa
Girl Against the Universe by Paula Stokes

Track
The Running Dream by Wendelin Van Draanen
Breathe, Annie, Breathe by Miranda Kenneally
None of the Above by I.W. Gregorio

« 7 YA Books Featuring Trans Characters
Give Thanks for Books »