Poll: Which EVERY FALLING STAR Cover is Your Favorite?

Have you gotten a chance to read Sungju Lee’s Every Falling Star yet?

The first book to portray contemporary North Korea to a young audience, it’s the intense memoir of a North Korean boy named Sungju who was forced at age twelve to live on the streets and fend for himself. To survive, Sungju creates a gang and lives by thieving, fighting, begging, and stealing rides on cargo trains.

We’ve read Sungju’s story many times since it came out in hardcover last fall and just picked up the paperback version. Both covers are striking, but in different ways.

We wanna know which cover you prefer! Cast your vote below. 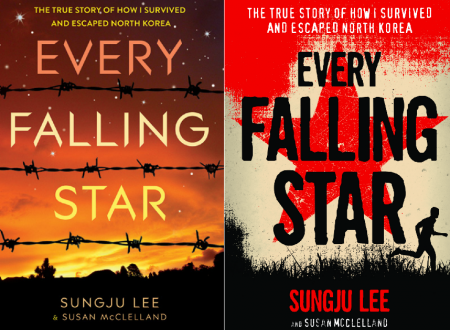