Not Just Anyone Can Be a God: Dream Cast for The Epic Crush of Genie Lo

We’ve been thinking about The Epic Crush of Genie Lo by F. C. Yee a lot lately because, we don’t know, it’s one of the best books we’ve read this year (in our totally unbiased opinion, of course). Genie Lo would be a fantastic movie (or TV Show) – action, humor, banter, struggling with the future as a high school student. But who to cast? Well, we have some ideas.

Choosing Genie Lo was no easy feat, but we finally settled on the 19-year-old Guan Xiaotong. She’s 5’8″, giving us Genie’s height, an experienced actress, and she’s even working on her fighting skills already. It’s almost like she wants to prepare for Genie Lo!

For Quentin, we knew we needed somebody shorter than Guan, not too muscle-y and defined, and with a playful side. This brought us to Brandon Soo Hoo. You may recognize the 21-year-old from Tropic Thunder, Ender’s Game, or From Dusk to Dawn: The Series.

Finally, we had to cast our Yunie. Beautiful, on the shorter side, and versatile, we decided Cherry Ngan would be the perfect fit for Genie’s best bud. 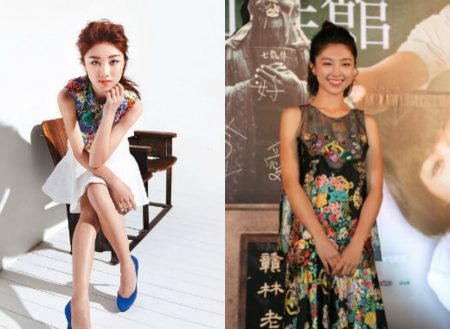 Left by Eric Seto
Right by May Wen

What do you think of our picks? Who would you cast for The Epic Crush of Genie Lo‘s dream film? Tweet us your choices at @PiqueBeyond.

Tags: F. C. Yee, The Epic Crush of Genie Lo
« What Will You Be Reincarnated As?
Perfect Publishing Jobs for YA Characters »