YA and Graphic Novels: A Natural Evolution 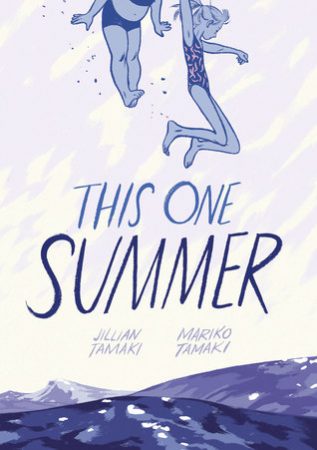 Comics have been a crucial part of pop culture for over a century. Graphic novels were a natural next step for comics – first as a combination of a number of issues into a collection, then into independent stories. The recent uptick in superhero movies from Marvel and DC have only increased the interest in comics and, as a result, the interest in graphic novels. Which means YA had some adapting to do.

First Second Books launched in 2006, originally just as a graphic novel publisher distributed by Macmillan. In 2010, First Second officially joined Macmillan as part of its children’s division– and now operates out of the same building as the rest of the children’s departments. For the past decade, First Second has been putting out graphic novels aimed at all ages, but especially for children. Some examples include The Olympians series, American Born Chinese, This One Summer, and Friends with Boys. Their lists – and their notoriety – have only grown in recent years. This fall, they’ll launch graphic novels like Spinning – a BookExpo YA Buzz title – Pashmina, and Pele: The King of Soccer, a biography of one of the most well-known soccer players in history. A graphic novel collaboration featuring Faith Erin Hicks and Rainbow Rowell is even expected in 2019.

But First Second is far from the only publisher putting out notable graphic novels. HarperTeen launched future-movie Nimona in 2015. Top Shelf Productions published all three issues of John Lewis’s March, which captured the politician’s activist history and historic marches he was involved in. PenguinTeen has put out several graphic novel adaptations of their most popular YA books – like Vampire Academy and Legend. 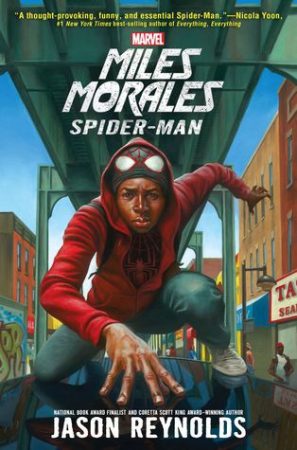 While graphic novels continue to expand and find new readers, some comics are jumping into novels. The Lumberjanes comics have been pulled together into volumes and will see their first novel later this year. DC is working with big name authors like Leigh Bardugo, Marie Lu, Sarah Maas, and Matt de la Pena to launch YA novels using some of their most well-known superheroes. Marvel Press is putting out a novel about Miles Morales, aka Spider-Man, next month.

Comics, graphic novels, and YA are now, and probably forever, entwined. This mixing will, hopefully, build more readers of books and comics; comics readers and novel readers seemed to have their own, very separate communities for a long time, but now have plenty of reason to come together and share interests and find new reads. Graphic novels, especially, serve as a good way to introduce readers to a new type of book.