The Next Wave of Feminism: YA for the Budding Feminist 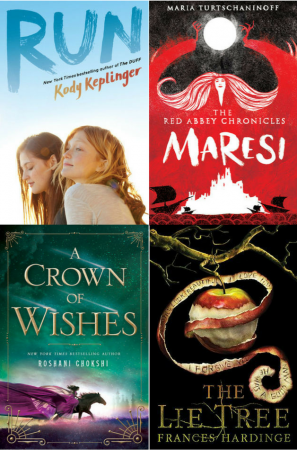 The 60s were about equality. The 80s were about the working girl. The 90s were about the riot grrrl. In 2017, still women have to fight for equality – for everyone. Queer women, women of color, trans women, disabled women; the new big push is for intersectional feminism. With children’s publishing being dominated by women – in the publishing offices and on the shelves – YA frequently features feminist themes.

The best way to demonstrate those feminist themes, however, is often up for debate. The original push for making more YA books feminist focused on the “strong” female characters – the girls who acted more traditionally masculine, the girls who could fight and didn’t portray traditional feminine traits – girls like Katniss Everdeen. As time has gone on, more people recognize that this version of feminism isn’t quite right. Feminism is about women being able to choose to be any kind of life they want and have that respected and celebrated, not just about being “strong.” Loving pink and makeup and wanting to be a stay at home mom is no less feminist than wearing jeans and t-shirts and wanting to be a single woman who supports herself and newer YA books reflect that.

The feminist YA books we’ve had for a long time often featured one type of girl – white, cis, straight, able-bodied, middle class. YA continues pushing for more diversity and that directly ties into getting more intersectional feminism in books.

In a book category so dominated by women, largely starring women, it seems like every title is inherently feminist, but some titles absolutely drive home feminist messages more definitively. These books let girls be the kinds of girls they want to be and give girls agency. They also often frequently hold up girls having strong friendships and making tough choices with the help of their friends. Girls in these books are allowed to be messy and make mistakes and be sensitive or vicious or angry. Most importantly, they’re all strong, but never in the same ways. 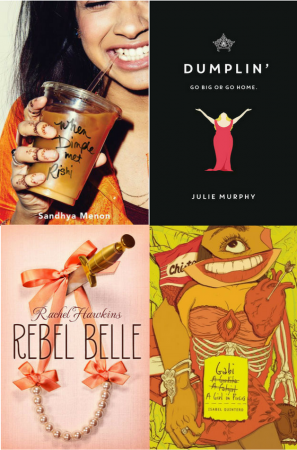 And I Darken by Kiersten White
Run by Kody Keplinger
Gabi, A Girl in Pieces by Isabel Quintero
Dumplin’ by Julie Murphy
Maresi by Maria Turtschaninoff
The Female of the Species by Mindy McGinnis
If I Was Your Girl by Meredith Russo
The Names They Gave Us by Emery Lord
Poisoned Apples by Christine Heppermann
Aftercare Instructions by Bonnie Pipkin
The Hate U Give by Angie Thomas
The Lie Tree by Frances Hardinge
A Crown of Wishes by Roshani Chokshi
Rebel Belle by Rachel Hawkins
Firsts by Laurie Elizabeth Flynn
All the Rage by Courtney Summers
Iron Cast by Destiny Soria
When Dimple Met Rishi by Sandhya Menon
Exit, Pursued by a Bear by E.K. Johnston
A Mad, Wicked Folly by Sharon Biggs Waller