Myth and Folklore: Where Are the African-Inspired Stories? 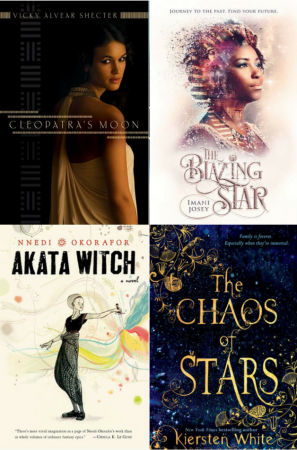 One of the biggest continents on the planet is also one of the most underrepresented in terms of YA mythological & historical retellings. Africa is full of rich histories and cultures, and yet few stories exist that share them for the YA audience.

The size of Africa means that there are huge differences between not just countries, but regions within countries. In fact, there are well over 1,000 different languages spoken within Africa, with some estimates counting 3,000. With so many different languages, the histories and belief systems are destined to be at least as varied. Yet most people only know a few bits and pieces of Egyptian history and mythology – the pyramids, the pharaohs, Cleopatra, the sphinx. This is likely why Egypt is the primary source for most of the YA retellings we have (check out our list of recs below). We can only hope that the call for diversity will lead to more publishers taking a chance on a wider variety of myths and histories.

« Non-Fiction: The Next Big Thing in YA Books
Quote of the Week: THE EPIC CRUSH OF GENIE LO »