Ever since we picked up Frances Hardinge’s The Lie Tree, we knew it would make the perfect flick. Mystery, magic, and feminism all rolled into one? What more could you want! And it seems like we weren’t the only ones to think that.

According to The Bookseller, US film and TV producer Louise Goodsill, best known for her work on Phantom of the Opera and August Rush, has purchased the TV and film rights to the award-winning novel, which first came out in the UK in 2015 and published stateside last spring. 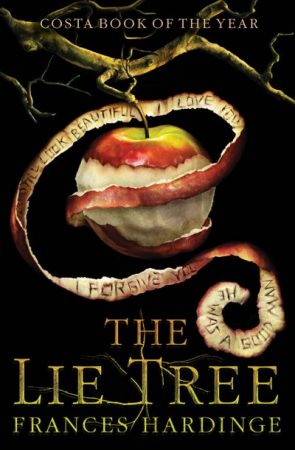 Hardinge’s thought-provoking historical mystery follows Faith Sunderly, who leads a double life. To most people, she is reliable, dull, trustworthy—a proper young lady who knows her place as inferior to men. But inside, Faith is full of questions and curiosity, and she cannot resist mysteries: an unattended envelope, an unlocked door. She knows secrets no one suspects her of knowing. She knows that her family moved to the close-knit island of Vane because her famous scientist father was fleeing a reputation-destroying scandal. And she knows, when her father is discovered dead shortly thereafter, that he was murdered.

In pursuit of justice and revenge, Faith hunts through her father’s possessions and discovers a strange tree. The tree bears fruit only when she whispers a lie to it, and when eaten, delivers a hidden truth. The tree might hold the key to her father’s murder—or it may lure the murderer directly to Faith herself.

No word yet on when we might actually see a big—or small—screen adaptation of The Lie Tree, but hopefully Goodsill’s strong enthusiasm for the deal sets the wheels in motion.

“Frances has written a beautiful and magical novel,” Goodsill reportedly said of the story, “and I am thrilled by the opportunity to bring this exceptional story to the screen.”

Who do you think should be cast in a film version of The Lie Tree? Tweet us @PiqueBeyond with your recs.

Tags: frances hardinge, the lie tree
« MORE OF ME Lands in New York City
On Your Bookshelf: Kathryn Evans »