Multiple Yous: Is Cloning Really as Great as It Seems? 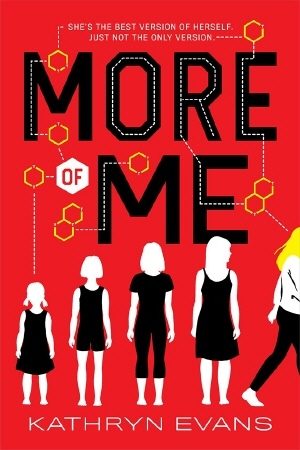 Most people wish, at some point in their life, for a clone. Another version of themselves who can tackle all the things they don’t want to or to help when faced with a massive list of tasks and a tight deadline. All throughout high school, I wished for a clone who could go to classes for me, do homework for me, so I could stay home and read and get normal amounts of sleep.

But if there’s one thing I’ve learned in recent years from reading and watching speculative fiction, clones or alternate versions of me would never be that simple.

There are countless pieces of media that explore the idea of having multiples of one person. One of the most well-known examples at the moment is Orphan Black, a BBC show about clones raised in separate environments that’s about to air its final season. These clones have the same genes, but are vastly different and incredibly independent. They speak, act, and think differently and their very existence puts them in danger – imagine the experiments people would want to run on these clones if they learned about them. Trying to stay safe and keep their loved ones safe is a constant struggle.

YA books have started taking on the idea of cloning and alternate humans more and more in recent years. The Lost Girl by Sangu Mandanna is set in a world where the wealthy have clones made of themselves and their children to replace them should something happen – but they’re raised separately. Eva, the body double, has to study everything about the girl she must be, Amarra – favorite foods, TV shows, fashion style, boyfriend. But Eva is still her own person, still independent of Amarra and trying to be her when the time comes proves to be incredibly difficult. 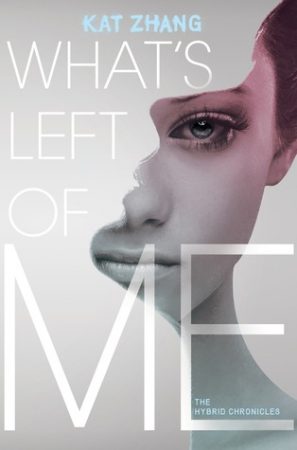 Another variation of alternate yous is explored in Kathryn Evans’s More of Me. Every year, Teva is involuntarily cloned at her current age. The book starts with 16-year-old Teva, who lives with a version of herself at 15, 14, 13, 12, 11, and so on, but she’s the only one allowed to leave the house. Can you imagine the struggle of actually living with fifteen versions of you? I know so many people who spend time thinking about how naïve or immature or annoying they were at a younger age, and Teva has to live with those younger versions of her, plus older versions of her who are suddenly trapped in their own home.

Then there are more obviously dark takes on clones and alternates. Dualed by Elsie Chapman imagines a world where everyone is born with a clone, but one has to kill the other to prove they’re worthy of living in the safe haven. Kat Zhang’s What’s Left of Me explores a world where every body is born with two souls, one fading out as they grow older, but only Addie knows that Eva is still there, still hoping to live a full life. And being caught as an adult with two souls has disastrous consequences.

The idea of clones or alternatives is really appealing…until you look at the reality. And the reality of it would kind of suck. Thankfully, we can let that play out on the page and on the screen instead of dealing with it ourselves. But what do you think, would you still want clones despite all the potential downfalls? Tweet us @piquebeyond and let us know if clones might be worth it anyway!

Tags: kathryn evans, More of Me
« A Tribute to Best Friends Day: Our Favorite YA Friendships
Quote of the Week: THE LAST THING YOU SAID »