What is Magical Realism?

Even though I was an English major in college, the first time I really discussed magical realism was in the Spanish class I took in my last semester of college. It was a requirement that I had a certain number of credits in a foreign language and scheduling difficulties meant that my final Spanish credits came three times a week at 8 o’clock in the morning. In that class, we delved – very briefly – into magical realism because magical realism is heavily based in Latin American cultures. That class was where I really came to understand the genre. 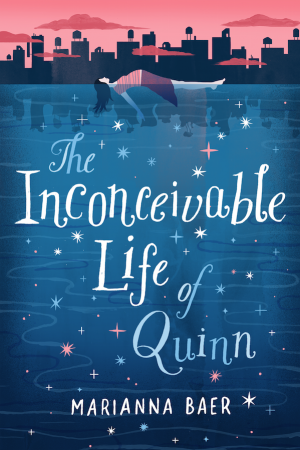 Magical realism, on the surface, sounds like what you can find in a lot of YA books post-Twilight craze. Books with vampires, werewolves, angels, fairies – mythical creatures that our hero or heroine stumbled upon, entering a whole new secret world. But those are all part of the paranormal genre, which is different. Magical realism accepts a taste of fantasy into a contemporary world. Instead of being a secret, hidden away and accessed by few, that little bit of magic, that paranormal element, is a normal, accepted part of the average person’s day. Luis Leal, a Mexican critic, put it another way: “If you can explain it, then it’s not magical realism.”
The source of magical realism is a bit complicated. The term was first used to describe art work by a German critic named Franz Roch in the 1920s; this was around the birth of the Surrealist cultural movement, meaning there was a focus on the abstract, the unreal. Latin American writers frequently traveled between their homes and Europe, so the idea of magical realism spread, becoming a popular genre for writers, especially in the 40s and 50s. The surrealist movement met with the classic romanticism of Latin literature, which also met with post-colonialism. Magical realism often explored borders and change, which reflected the mixing of genres as well as the uncertainty of colonialism’s downfall and the rise of independence for many countries during the time. Another common characteristic of original magical realism works is criticism of society – largely the western/capitalist societies of colonizers.

Some of the key writers of magical realism include Jorge Luis Borges, Alejo Carpentier, Laura Esquivel, Gabriel Garcia Marquez, and Isabel Allende. However, magical realism has expanded into an international phenomenon and it’s found a home in YA novels. So, while I definitely encourage you to read some of the most popular figures in magical realism, if you’re looking for YA’s twist on the genre, I have a few books in mind for you.

Tags: Marianna Baer, The Inconceivable Life of Quinn
« #OnThisDay in 2015
A Multitude of Perspectives »