Two incredible—and very different—YA titles pubbed in hardcover two years ago, and we’ve been reading them ever since. 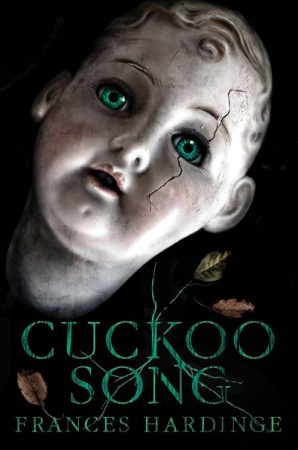 Frances Hardinge’s thought-provoking Cuckoo Song is a brilliantly creepy but ultimately loving story of the relationship between two sisters who have to band together against a world where nothing is as it seems.

When Triss wakes up after an accident, she knows something is very wrong. She is insatiably hungry, her sister seems scared of her, and her parents whisper behind closed doors. She looks through her diary to try to remember, but the pages have been ripped out. Soon Triss discovers that what happened to her is more strange and terrible than she could ever have imagined, and that she is quite literally not herself. In a quest to find the truth she must travel into the terrifying underbelly of the city to meet a twisted architect who has dark designs on her family—before it’s too late . . .

Set in Portland in 1983, M. J. Beaufrand’s The Rise and Fall of the Gallivanters follows Noah, a teen punk with a dark past. Girls are disappearing, and he becomes obsessed with finding out where they’ve gone. He’s convinced their disappearance has something to do with the creepy German owners of a local brewery, the PfefferBrau Haus. Noah worries about the missing girls as a way of avoiding the fact that something’s seriously wrong with his best friend, Evan. Could it be the same dark force that’s pulling them all down?

When the PfefferBrau Haus opens its doors for a battle of the bands, Noah pulls his band, the Gallivanters, back together in order to get to the bottom of the mystery. But there’s a new addition to the band: an enigmatic David Bowie look-alike named Ziggy. And secrets other than where the bodies are buried will be revealed. From Edgar-nominated author M. J. Beaufrand, this is a story that gets to the heart of grief and loss while also being hilarious, fast paced, and heartbreaking.

Have you read either of these books yet? If so, Tweet us what you liked—or didn’t like—about them at @PiqueBeyond.

Tags: frances hardinge, M.J. Beaufrand
« Why Are Pre-Orders Such a Big Thing?
What is Magical Realism? »