She annihilates standardized tests . . . and the bad guys. In a nutshell, that’s Genie Lo.

The struggle to get into a top-tier college consumes sixteen-year-old Genie’s every waking thought. But when she discovers she’s a celestial spirit who’s powerful enough to bash through the gates of heaven with her fists, her perfectionist existence is shattered. 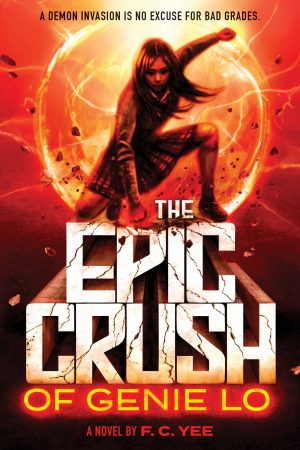 This epic YA debut, which releases August 8, draws from Chinese folklore, features a larger-than-life heroine, and perfectly balances the realities of Genie’s grounded high school life with the absurd supernatural world she finds herself commanding.

Ready to take a look at the American Born Chinese meets Buffy the Vampire Slayer mash-up? You can read the first four chapters here.

Are you excited for The Epic Crush of Genie Lo? Tweet us your thoughts @PiqueBeyond using #EpicGenieLo.