The Death of Dystopian

Like everything else, YA books go through trends. A few years ago, the big trend was dystopian – The Hunger Games, Divergent, Matched, The Selection, The Maze Runner, Legend. You get the point. Movies and TV shows were born out of these movies, solidifying YA books’ popularity in the general culture. Of course, for those who devour YA books, it eventually seemed like you couldn’t find much that wasn’t dystopian.

Then dystopians seemingly disappeared from the YA shelves all together. Dystopian saturation was reached and then suddenly, it seemed like there were no dystopians at all. Dystopian was dead and buried in YA. 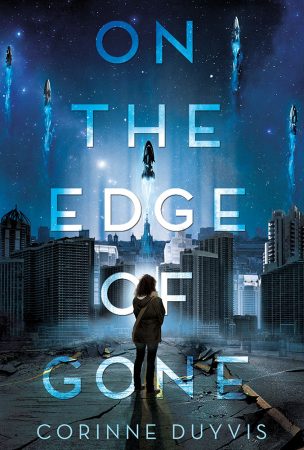 ON THE EDGE OF GONE

The Handmaid’s Tale was released on Hulu earlier this year and has gotten constant buzz. This classic dystopian was published in 1985 and has gotten another huge boost over thirty years later. At the end of 2016, 1984, another dystopian classic, became one of the biggest sellers on Amazon. While usually trends take quite some time to pick up steam again, it seems like dystopian has refused to go away, much like the zombies that are often featured in them.

The quiet popularity of dystopian is prevalent in YA, too. 2016 alone featured dystopian YA novels like On the Edge of Gone by Corinne Duyvis, Vicarious by Paula Stokes, and Flawed by Cecelia Ahern. We also saw the continued development of The Darkest Minds by Alexandra Bracken into a film – Mandy Moore, Gwendoline Christie and Amandla Stenberg are set to star and filming is underway in Atlanta right now.

With the renewed interest in dystopian in film, it seems inevitable that YA books will start reflecting the continued interest in the next few years. Are you ready for more dystopian YA on the shelves again or would you prefer that the trend stay away? Tweet us @piquebeyond and let us know!

Tags: corinne duyvis, On The Edge Of Gone
« Kids Having Kids: Teen Pregnancy in YA
Bookmarks, Postcards, and Tote Bags, OH MY – What Swag is the Best Swag? »