Girls are the Champions of Wilderness Survival 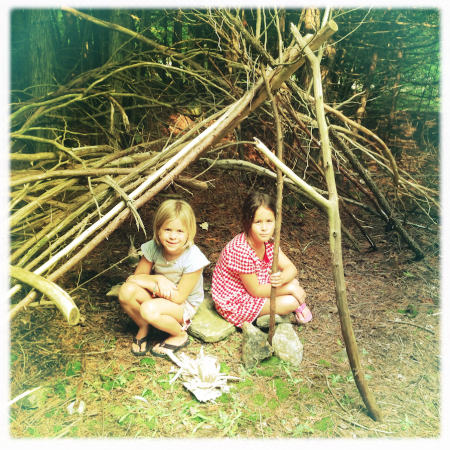 I’m about to walk through an ice storm with my daughters Ida and Miki, who are 9 and 7.

The girls are waiting for me as I pull on my gloves, drop the keys on the floor.

An hour later we’re almost to the coffee shop and they’re soaked, icicles in their hair.

“Don’t you wish you had gloves and boots? A hat? A raincoat?”

I, who am wearing all those items, am cold. What is up with this? Is it true that we gradually become less and less able to deal with the weather the older and the more infantilized by furnaces (and air conditioning) that we become? 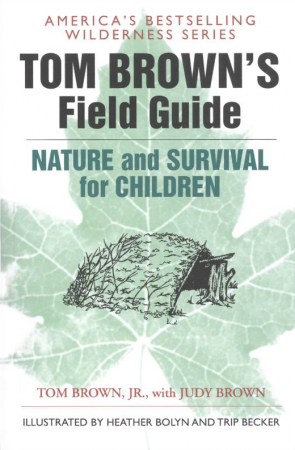 In his book, Nature and Survival for Children, Tom Brown, Jr. writes: “Children are among the most aware creatures of the earth, but soon, because of the modern rush of society and our education system, the inborn awareness becomes dulled and soon begins to atrophy.”

We are born animals, and we die animals, but many of our abilities are most animal-like when we’re young. (Perhaps related: my wife, who is a physician, often remarks that pediatricians and veterinarians share some challenges: patients who can’t speak, and who don’t overestimate their pain.)

I always loved stories of feral children, those raised by animals. And news stories of children who survive unbelievable hardships when “lost” in the wilderness. 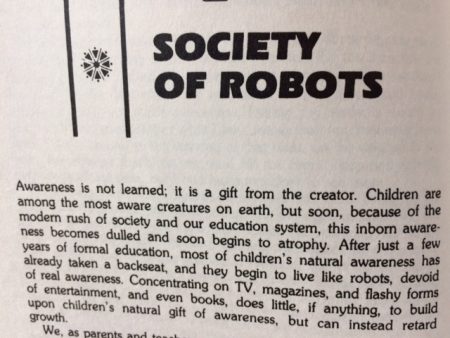 I fear that technology makes “robots” (a favorite insult of the survival writer Tom Brown, and also one of his readers, my character Audra in my novel Klickitat), so when I sat down to write about two sisters in contemporary Portland, Oregon, I wanted them to try to move back to this earlier affinity with nature, to turn away from the domesticating technologies and back to the wild.

My daughter Ida started wilderness survival classes in kindergarten. Now she goes out covered in camouflage and comes home much later with charcoal smeared all over her face. She’s taught by men wearing Utili-kilts who use names like “Worm” and have their cheeks pierced. When we go hiking, she points out all the edible plants, then eats them.

Back when she was still five years old, after her first day, Ida came in and proudly said, “Dad, you don’t have to hide the matches from me anymore; I can make fire without matches, now. Also, do you know how many cool things there are in cemeteries?”

We get so caught up in routines, and they limit what we see. Tom Brown believes that if we become aware of others’ routines, we can become invisible to these people, existing only in places where they never look. This is an idea that fascinates me, and the notion that others may live among us without anyone knowing is one that animates my novel. To gain the ability to become invisible is all about returning to an earlier stage, a different relationship to the earth.

When I wrote my novel Klickitat, I wanted to write a book for my daughters; perhaps I did, but certainly right now it’s too scary for them, and might give them ideas I wouldn’t like. But the sisters in my book, Vivian and Audra, are a little older, and they’re set on casting off the parts of their lives that confuse them. Again, from Tom Brown:

“Most children lose their identities through the school years and become, over time, enslaved to outside “shoulds” and social goals. They lose the yearnings of their hearts and are stripped of true awareness, adventure, excitement, and the rapture of living fully. Children also lose their connection to the earth and creation as their feet are removed from the soil and transplanted into a world of electronics, concrete and plastic….TV has replaced true experience to such an extent that children sometimes don’t know if they really lived an event, or saw it on TV.” 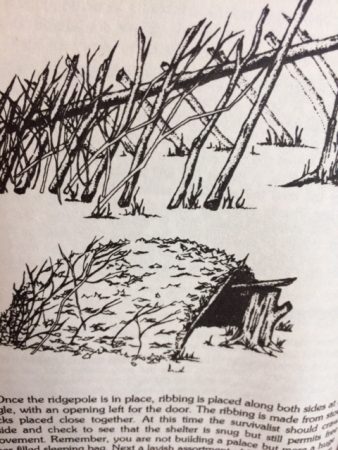 In giving up cell phones, computers and television, and working on survival skills, these girls try to find a way to live that makes sense to them, that makes them feel like themselves.

In this confounding world, what’s more important than that?