It’s exactly one month until one of our favorite badass YA books hits shelves! Sarah Nicole Lemon’s Done Dirt Cheap is a poignant debut about two young women, Tourmaline and Virginia, who form an unlikely bond in a corrupt southern town. 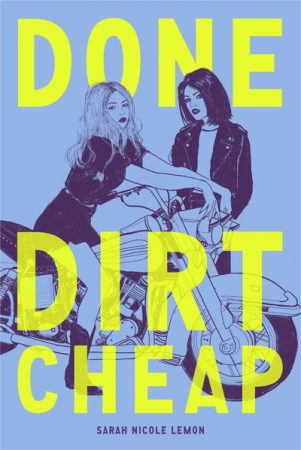 The story follows Tourmaline Harris, whose life hit pause at fifteen when her mom went to prison because of Tourmaline’s unintentionally damning testimony. At eighteen, her home life is now stable, and she has a strong relationship with her father, the president of a local biker club known as the Wardens.

Virginia Campbell’s life hit fast-forward at fifteen, when her mom “sold” her into the services of Hazard, a powerful attorney: a man for whom the law is merely a suggestion. When Hazard sets his sights on dismantling the Wardens, he sends in Virginia, who has every intention of selling out the club—and Tourmaline. But the two girls are stronger than the circumstances that brought them together, and their resilience defines the friendship at the heart of this powerful story.

Best described as a Sons of Anarchy-meets-Thelma & Louise, Done Dirt Cheap has everything you’d want in a gritty YA: strong BFF protagonists, sexy bikers, and, yes, lady head.

Don’t just take our word for it, though. See what else biker babe “Lemon” has to say about her debut book below.

BONUS! Lemon is running a pre-order campaign for her book over on her website. From now until March 7 (the book’s release date), you can get your hands on one of these signed bookplates. Click here for details. 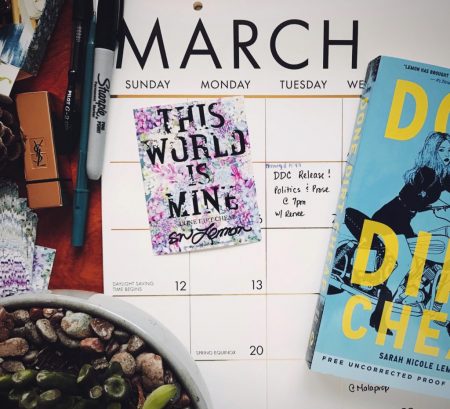 Are you excited for Done Dirt Cheap. Tweet us your thoughts at @PiqueBeyond. And don’t forget to check back here for more bonus content from Lemon.

Tags: Done Dirt Cheap, Sarah Nicole Lemon
« Why Am I Drawn to Fantastical Stories?
7 Rules That Might Restore Your Faith in Love »