Hey, all! Riley here. Last year saw the release of my debut, SEVEN WAYS WE LIE, a novel told from seven first-person perspectives, one for each of the seven deadly sins. Today, in honor of a morally fraught new year, as well as a perennial fascination with morally gray characters, I’m here to assign the seven deadly sins to seven of my favorite characters from other stories. 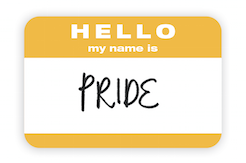 PRIDE: Sam Kingston from Lauren Oliver’s BEFORE I FALL, still probably my favorite YA contemporary ever. Sam was bullied as a child, and now that she’s ‘graduated’ to being a popular kid in high school, she’s turned into the same sort of mean girl who made her life hell before. One of my favorite antiheroes, Sam starts off believing that she deserves better than less attractive and popular kids because “that’s just how the world works” — before, of course, having those presumptions challenged. Fans of unlikable heroines need to read this. 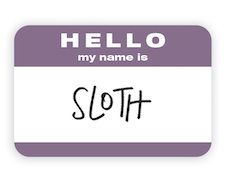 SLOTH: Fat Charlie from Neil Gaiman’s ANANSI BOYS. Charlie, mild-mannered and working a hideously boring job, takes the ‘reluctant hero’ trope to a comical extreme. When his father dies and he realizes he has a twin brother he’s never met, Spider, who is in every way cooler than him and very possibly magical, battles his greater destiny and father’s legacy every step of the way. 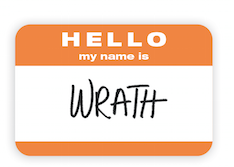 WRATH: Kate Harker from Victoria Schwab’s THIS SAVAGE SONG. Kate’s father hunts monsters and leads the de facto government that’s sprung up to protect the citizens of Verity from those monsters. Having grown up in his long and imposing shadow, Kate wants nothing more than to impress her father and to show the world that she’s his daughter. That means being ruthless, unhesitating, and brutal. 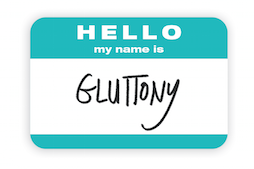 GLUTTONY: Jesper Fahey from Leigh Bardugo’s SIX OF CROWS. Jesper’s struggle with his addiction to gambling is a consuming conflict, and, of course, an exercise in excess. But like the other five lead characters in Six of Crows, Jesper has another host of facets to his personality: he’s cocky, flirtatious, secretly-Grisha, trying not to let down his father, and also has a heart-melting romance. 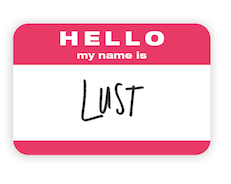 LUST: Samad Iqbal from Zadie Smith’s WHITE TEETH. Samad is a Muslim traditionalist born in Bangladesh and living in Britain. Much of his inner conflict comes from reconciling his modern life in Britain with his history and heritage, in particular reconciling his intrusive feelings of lust with his desire to adhere strictly to his faith. 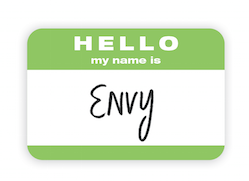 ENVY: Quentin Coldwater from Lev Grossman’s THE MAGICIANS. The Magicians – an urban fantasy trilogy often elevator-pitched as “Harry Potter goes to college, meets Narnia” – is a pretty polarizing series, not least because Quentin, its lead, is often incredibly unpleasant. He’s simultaneously packed with a perpetual sense of existential meaningless and a belief in his own absolute importance. What makes me love him is that all his unpleasant quirks and foibles come from his desire to have something else, something more, something that is happening to somebody else. It’s so easy to idealize something you’re not experiencing, and it’s never enumerated within the pages as envy per se, but I think that particular sort of yearning smacks of envy. (Also: he gets better, if you keep going.) 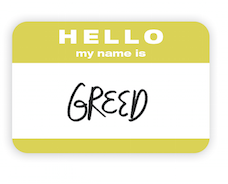 GREED: Xifeng from Julie C. Dao’s FOREST OF A THOUSAND LANTERNS, out later this year, a retelling of the origin story for the evil queen from Snow White, but steeped in Chinese tradition. I’m obsessed with this book. Just one of the many things Dao knocks out of the park is showing Xifeng’s slow moral descent, her ambitions turning from optimistic and personal to an all-consuming obsession with power.