Quote of the Week: ROSEBLOOD 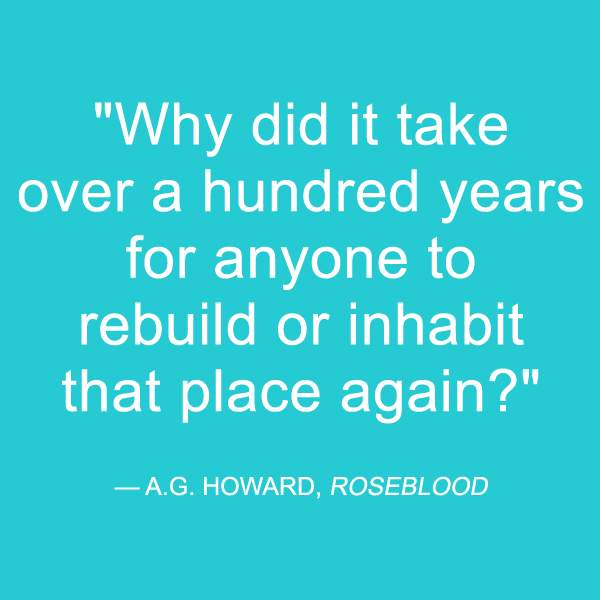 “I told you those forums are nothing more than wannabe students who were turned down by admissions. People say outrageous things when they feel slighted.” She opened the school’s pamphlet for the twentieth time. “According to the brochure, post-renovation, most of the opera house isn’t even the same anymore. Totally different place.”

I nibble on the end of my braid. “It just doesn’t feel right. Why did it take over a hundred years for anyone to rebuild or inhabit that place again?”

Been dying for another A. G. Howard novel since reading—and re-reading—the Splintered series? Wait no more! Our Quote of the Week comes from RoseBlood.

Rune Germain moves to a boarding school outside of Paris, only to discover that at this opera-house-turned-music-conservatory, phantoms really do exist. RoseBlood is a Phantom of the Opera–inspired retelling in which Rune’s biggest talent—her voice—is also her biggest curse.

Tags: A.G. Howard
« Quote of the Week: MARESI
The Day of the Comet »