Let Your Favorite Historical Period Pick Your Next YA Read

Do you consider your self a history buff? If so get ready to travel back in time with these reads based on your favorite historical period! 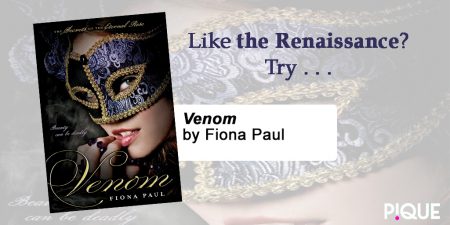 Like the Renaissance? If you’re a fan of Italy, art, and murder, pick up Venom by Fiona Paul.

In Venom (Philomel/ December 2012), Cassandra is a member of Renaissance Venice’s elite who feels trapped in the city of water after the death of her parents. Her world is turned upside down when she stumbles upon a murdered woman. With the help of Falco, a mischievous artist, the pair delves into the world of courtesans and secret societies to find the murderer. 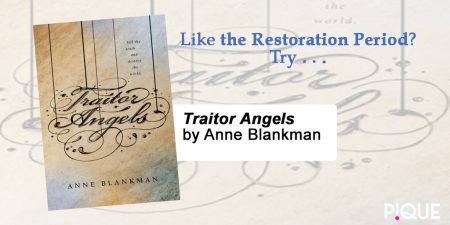 Like the Restoration Period? If you’re a fan of poetry, scavenger hunts, and political unrest, pick up Traitor Angels by Anne Blankman.

In Traitor Angels (Balzar + Bray/May 2016), Elizabeth Milton, daughter of the notorious poet John Milton is on a mission to save her father when the king’s men arrest him. Accompanied by Antonio Viviani, her father’s mysterious Italian houseguest, the two travel to Oxford deciphering clues from Paradise Lost. There they discover that Milton has set a dark secret in the half finished Paradise Lost—one that could topple more than just the English court. 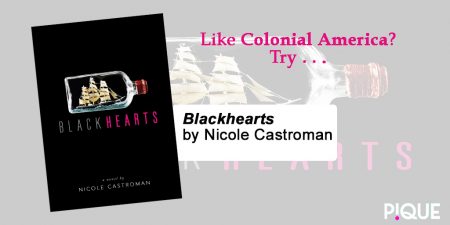 Like Colonial America? If you’re a fan of forbidden romances and faraway lands be sure to grab Blackhearts by Nicole Castroman.

Edward “Teach” Drummond is the young man who would grow up to be Blackbeard, one of history’s most famous pirates (Simon Pulse/February 2016). After returning to Bristol from a year away at sea, Teach struggles to adapt to his high society life and yearns for the freedom of the ocean. Anne, a newly hired maid for the Drummonds longs to sail to the West Indies to her mother’s birthplace. Drawn together by their desire for freedom, Teach and Anna must decide between their forbidden love and chasing their dreams. 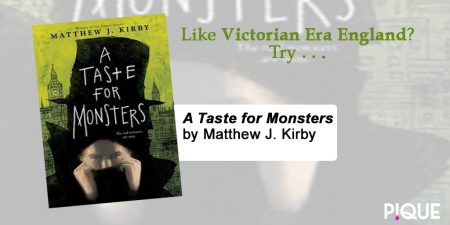 Like Victorian Era England? If you like Jack the Ripper, ghosts, and mystery, pick up A Taste for Monsters by Matthew J. Kirby.

In A Taste for Monsters (Scholastic Press/September 2016), Jack the Ripper is terrorizing the city of London. Evelyn, a young woman disfigured by her work at a matchstick factory is hired as a maid for Joseph Merrick, the Elephant Man, in the London Hospital. The ghosts of the Ripper’s victims visit Joseph and Evelyn nightly and Evelyn must learn to face her fears if she wants to save her friend. 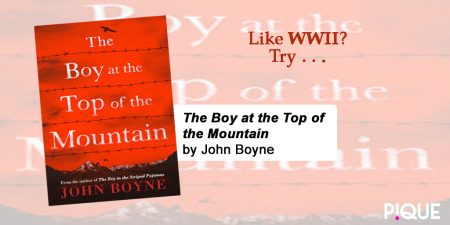 Like WWII? If you like corruption, adolescent angst and secrets, pick up The Boy at the Top of the Mountain by John Boyne.

In The Boy at the Top of the Mountain (Doubleday Childrens/October 2015), Pierrot is an orphan who must leave his home in Paris and travel to Germany to live with his Aunt Beatrix, who works as a servant at Berghof, the home of Adolf Hitler. He is taken under Hitler’s wing and the two slowly become companions and confidantes. 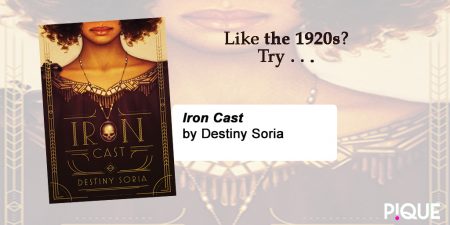 Like the 1920s? If you like gangsters and magic, be sure to grab Iron Cast by Destiny Soria.

In Iron Cast (Amulet Books/October 2016), best friends Ada and Corinne work as hemopaths — whose blood condition gives them the ability to create illusions through art, at a club owned by one of Boston’s most notorious gangsters. When Ada is imprisoned after a “job” goes wrong, she realizes how precarious their situation is. After escaping Havernsham Asylum, Ada and Corinne search for answers even as they face betrayal at every turn.

Tags: destiny soria, if you like, iron cast
« YA Winter Reads We Can’t Put Down
Pique5: Bingable Fantasy Series »