7 Things to Know About Female Friendships

Without a doubt, my favorite thing to write about is female friendship. Growing up, I never really had guy friends. Boys were strange and scary. All my good friends throughout the years, and even today, are girls. So I consider myself something of an expert, if not academically then at least practically. I thought I would take a moment to share some of my hard-won wisdom. (Disclaimer: your mileage may vary, and actually believing I’m an expert on anything at all is never encouraged.)

Here are a few things you need to know about female friendships:

Girls are jealous. When I was twelve, my neighborhood best friend told the boy I liked that I had a crush on him, even though she’d sworn she wouldn’t. She knew that he would be too freaked out to talk to me again. Turns out she had a crush on him too. Lesson learned. I never told anyone about a secret crush again.

Girls are petty. When I was thirteen, my new best friend was the only one who came to my birthday party, even though I’d invited all the girls from my class. My dad had written up some charades cues for us. Turns out my dad didn’t really get the point of charades and his cues were…not so great (sorry, Dad). My best friend picked through them, laughing harder and harder with every one she read. Maybe another day I would have been in on the joke. But that day I was miserable. I was a loser and always would be. Lesson learned. I slapped my best friend across the face.

Girls are cruel. In high school there was this girl in my class who lied. A lot. About everything. She knew how to read hieroglyphics! Her dad had played golf with the president! Without ever really discussing it, my friends and I started a new game. We would goad her into telling one of her ridiculous tall tales, and then we’d prove she was lying in front of everyone. Yet despite every public humiliation, she kept telling those lies. She never learned her lesson.

Here are a few more things you need to know about female friendships:

Girls are compassionate. The Girl Who Lied invited me and my best friend to her house for a sleepover. We decided to go, maybe because we were bored, maybe because we wanted more ammunition to use against her. I mean, how likely was it that her bedroom had its own crystal chandelier? Her lake house was enormous. And though there were no chandeliers in sight, it was obvious enough that her parents were loaded. They were also divorced. A huge house for only her and her dad. It didn’t take long for us to figure out at least one true thing about her. She was desperately lonely. So lonely in fact, that she’d invited two of her tormentors to her home, just so she could pretend she had some friends. Without ever really discussing it, my bestie and I stopped the game. That Monday we let it be known, in the subtle ways of high school hierarchies, that she wasn’t a target anymore. She was our friend.

Girls are loyal. When I was fifteen my best friend (yes, the one I’d slapped two years earlier) and I were exploring the woods around my house when my knee slipped out of joint. The brave thing to do was just pop it back into place. I was not brave. In fact I was a huge baby about it. I laid on the cold ground and refused to budge. I was crying a lot. I mean, don’t get me wrong—it hurt. Just not quite bad enough to warrant all those theatrics. My best friend tried to help, but I wouldn’t let her touch me. She offered to run back to the house and get my mom, but I wouldn’t let her do that either. It was really cold that day, and it was starting to rain. I told my friend she should just go back without me. Without a word she plopped down next to me on the ground. She sat there in the cold and the rain and talked about everything and nothing to distract me. She never once called me a baby. Then, almost an hour later, when I could finally stand, she helped me limp home.

Girls are supportive. When my debut Iron Cast released, members of my critique group (and some of my dearest friends in the world) flew and drove in from all over the country. Thousands of miles, hundreds of dollars, for two brief days crammed in my one-bedroom apartment, for two hours of watching me flub my way through a reading and sign a stack of books. They just wanted to be there for me, they said. They wouldn’t dream of missing it. And I can’t neglect to mention all my hometown friends who showed up too, dressed to the nines, even though I’m sure I drove them crazy in the preceding months with my constant nerves and irrational fears of what terrible things might go wrong. Turns out the number of people who attend your thirteenth birthday party is no indication of how many people will be there for you in the long run. Lesson learned.

Here’s the most important thing you need to know about female friendships:

They are variable and frustrating and uplifting and as infinitely complex as girls themselves. There is no capturing them in a single story, in a single lesson. For every cruelty there is compassion, for every betrayal there is loyalty, and for every slap in the face there’s a shoulder to lean on.

And that’s why I love to read and write about female friendship. If books are a way to explore the unknown or the unfamiliar or the scary or the magical, where’s a better place to start? In the spirit of that exploration, below are some of my top three favorite friendships in YA. If you have some favorites you don’t see, please hit me up. I’m always on the hunt for more! 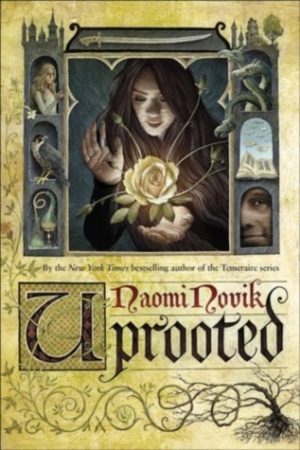 Agnieska and Kasia in Uprooted by Naomi Novik. These two ladies have a complicated past and an uncertain future, but they fight for each other every step of the way and it’s pure magic. 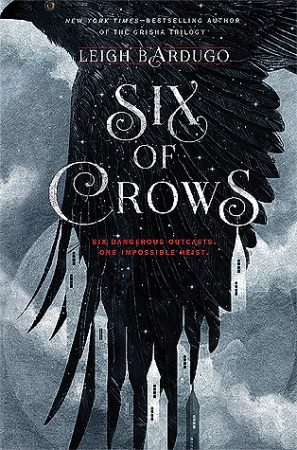 Nina and Inej in the Six of Crows duology by Leigh Bardugo. These two ladies are kickass on their own but together they are even better. They also have a shared love of waffles that is nothing short of inspiring. 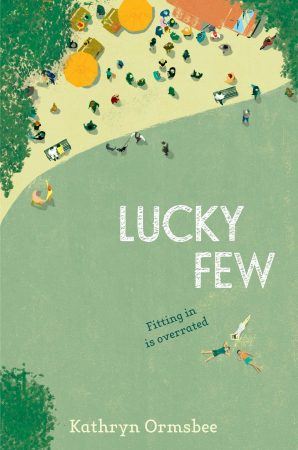 Stevie and Sanger in Lucky Few by Kathryn Ormsbee. These two ladies are a smorgasbord of snark and witty banter, plus they are 110% willing to go to the mat for their friendship.

And to keep the fun going, here are some recommendations from my own darling friends:

Gabi: A Girl in Pieces by Isabel Quintero

Vivian Apple at the End of the World by Katie Coyle

Under a Painted Sky by Stacey Lee

Outrun the Moon by Stacey Lee

Tags: destiny soria, iron cast
« Reading About Readers
Why Am I Drawn to Fantastical Stories? »