The Best ALICE IN WONDERLAND-Inspired YA

We’ve been thinking a lot about the man who inspired so many of Alice’s adventures in Wonderland today. Why? Because on this day in 1832, Lewis Carroll (yes, original author of the famed fantasy tale) was born.

If it weren’t for Carroll, there’d be a giant hole in our bookshelf. A chunk of our favorite books (hello, A. G. Howard’s Splintered!) were inspired by Alice’s adventures. Which is why we’ve decided to list some of our favorite YA retellings stemming from Wonderland. Don’t see your favorite on the list? Tweet us at @PiqueBeyond with your recs.

Queen of Hearts by Colleen Oakes 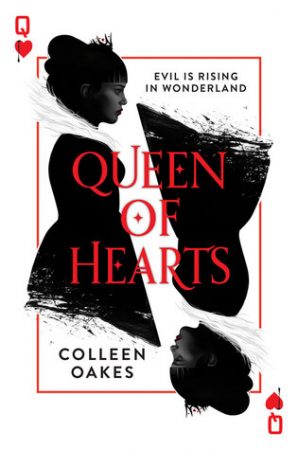 This is not the story of the Wonderland we know. Alice has not fallen down a rabbit hole. This is a Wonderland where beneath each smile lies a secret, each tart comes with a demand, and only prisoners tell the truth.

Dinah is the princess who will one day reign over Wonderland. She has not yet seen the dark depths of her kingdom; she longs only for her father’s approval and a future with the boy she loves. But when a betrayal breaks her heart and threatens her throne, she is launched into Wonderland’s dangerous political game. Dinah must stay one step ahead of her cunning enemies or she’ll lose not just the crown but her head.

Splintered by A. G. Howard 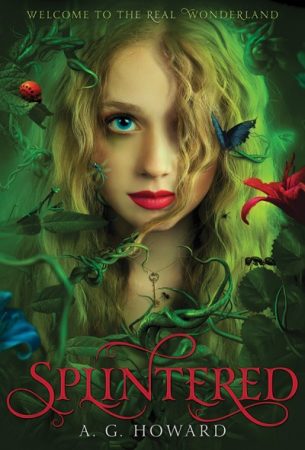 Alyssa Gardner hears the whispers of bugs and flowers—precisely the affliction that landed her mother in a mental hospital years before. This family curse stretches back to her ancestor Alice Liddell, the real-life inspiration for Lewis Carroll’s Alice’s Adventures in Wonderland. Alyssa might be crazy, but she manages to keep it together. For now.

When her mother’s mental health takes a turn for the worse, Alyssa learns that what she thought was fiction is based in terrifying reality. The real Wonderland is a place far darker and more twisted than Lewis Carroll ever let on. There, Alyssa must pass a series of tests, including draining an ocean of Alice’s tears, waking the slumbering tea party, and subduing a vicious bandersnatch, to fix Alice’s mistakes and save her family. She must also decide whom to trust: Jeb, her gorgeous best friend and secret crush, or the sexy but suspicious Morpheus, her guide through Wonderland, who may have dark motives of his own. 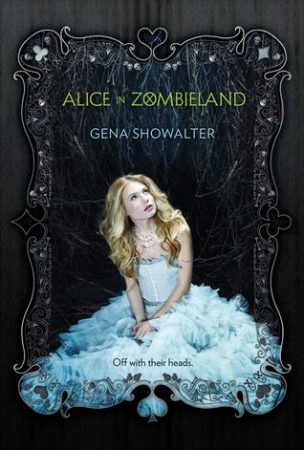 Had anyone told Alice Bell that her entire life would change course between one heartbeat and the next, she would have laughed. From blissful to tragic, innocent to ruined? Please. But that’s all it took. One heartbeat. A blink, a breath, a second, and everything she knew and loved was gone.

Her father was right. The monsters are real.

To avenge her family, Ali must learn to fight the undead. To survive, she must learn to trust the baddest of the bad boys, Cole Holland. But Cole has secrets of his own, and if Ali isn’t careful, those secrets might just prove to be more dangerous than the zombies

A prequel to Alice’s Adventures in Wonderland.

Long before she was the terror of Wonderland, she was just a girl who wanted to fall in love. Catherine may be one of the most desired girls in Wonderland, and a favorite of the unmarried King of Hearts, but her interests lie elsewhere. A talented baker, all she wants is to open a shop with her best friend. But according to her mother, such a goal is unthinkable for the young woman who could be the next queen.

Then Cath meets Jest, the handsome and mysterious court joker. For the first time, she feels the pull of true attraction. At the risk of offending the king and infuriating her parents, she and Jest enter into an intense, secret courtship. Cath is determined to define her own destiny and fall in love on her terms. But in a land thriving with magic, madness, and monsters, fate has other plans. 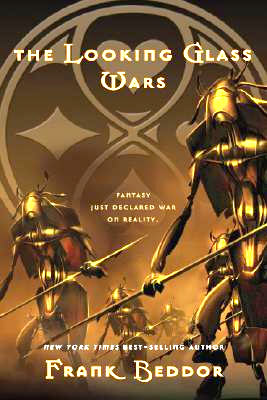 Book one in Frank Beffor’s trilogy.

The Myth: Alice was an ordinary girl who stepped through the looking glass and entered a fairy-tale world invented by Lewis Carroll in his famous storybook. The Truth: Wonderland is real. Alyss Heart is the heir to the throne, until her murderous aunt Redd steals the crown and kills Alyss? parents. To escape Redd, Alyss and her bodyguard, Hatter Madigan, must flee to our world through the Pool of Tears. But in the pool Alyss and Hatter are separated. Lost and alone in Victorian London, Alyss is befriended by an aspiring author to whom she tells the violent, heartbreaking story of her young life. Yet he gets the story all wrong. Hatter Madigan knows the truth only too well, and he is searching every corner of our world to find the lost princess and return her to Wonderland so she may battle Redd for her rightful place as the Queen of Hearts. 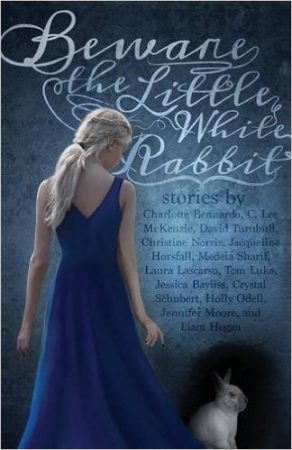 Thirteen enthralling voices in young adult fiction lead you down the rabbit hole in this nod to the 150th anniversary of Lewis Carroll’s timeless character, ALICE. Mystery. Madness. Mayhem.

Each story in this collection will intrigue, bewitch, and enchant. From rich historicals, castle towers and deathly plagues, gritty urban explorations, intrepid reporters, would-be car thieves, watchmakers, wormholes, and secret workshops, to the last human in a world ruled by machines.