Quote of the Week: THE STEEP AND THORNY WAY 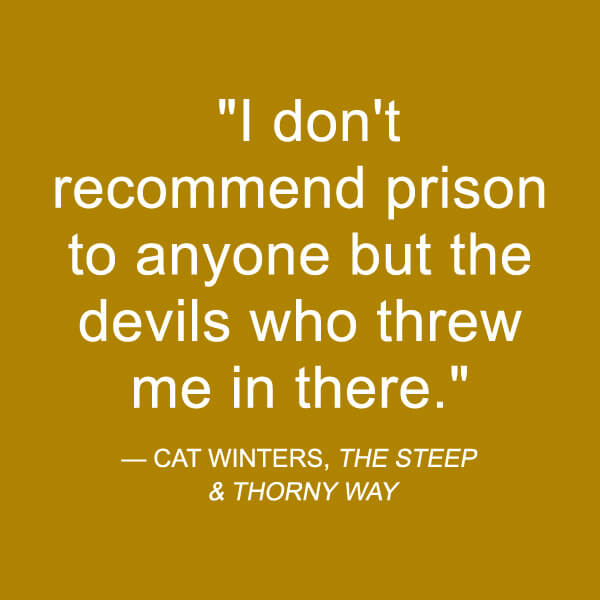 This new version of my father’s killer – not just a few months shy of his eighteenth birthday, almost brawny, his hair tousled and wild – peered at me without blinking. Drops of water plunked to the pond’s surface from his elbows.

“You don’t want to shoot me, Hanalee,” he said in that husky voice of his. “I don’t recommend prison to anyone but the devils who threw me in there.”

Our Quote of the Week comes from The Steep and Thorny Way by Cat Winters, a thrilling reimagining of Shakespeare’s Hamlet.

1920s Oregon is not a welcoming place for Hanalee Denney, the daughter of a white woman and an African-American man. She has almost no rights by law, and the Ku Klux Klan breeds fear and hatred in even Hanalee’s oldest friendships. Plus, her father, Hank Denney, died a year ago, hit by a drunk-driving teenager. Now her father’s killer is out of jail and back in town, and he claims that Hanalee’s father wasn’t killed by the accident at all but, instead, was poisoned by the doctor who looked after him—who happens to be Hanalee’s new stepfather.

The only way for Hanalee to get the answers she needs is to ask Hank himself, a “haint” wandering the roads at night.

The Steep and Thorny Way is available now.

Tags: cat winters
« Quote of the Week: THE GRACES
Take a Pique at ROSEBLOOD »