Quote of the Week: THE GRACES 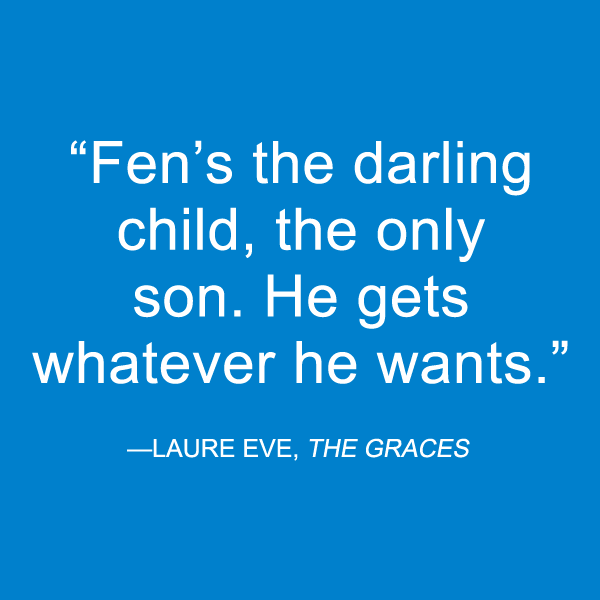 “Fen’s the darling child, the only son,” said Thalia, who was sitting on his bed, leafing through a book. “He gets whatever he wants.” Her feet were bare, with tiny silver toe rings and soft plaited bracelets around her ankles.

“Don’t listen to her,” said Fenrin.

Our quote of the week is from Laure Eve’s new fantasy novel The Graces – which releases today!

Everyone loves the Graces. Fenrin, Thalia, and Summer Grace are captivating, wealthy, and glamorous. They’ve managed to cast a spell over not just their high school but also their entire town—and they’re rumored to have powerful connections all over the world. If you’re not in love with one of them, you want to be them. Especially River: the loner, new girl at school. She’s different from her peers, who both revere and fear the Grace family. She wants to be a Grace more than anything. But what the Graces don’t know is that River’s presence in town is no accident. This paranormal YA fantasy features intrigue, spells, and a devastating twist. In The Graces, the first rule of witchcraft states that if you want something badly enough, you can get it . . . no matter who has to pay.

The Graces is available now.

Tags: laure eve
« Take a Pique at MARESI
Quote of the Week: THE STEEP AND THORNY WAY »