Take a Pique at ROSEBLOOD

Been dying for another A. G. Howard novel since reading—and re-reading—the Splintered series? Wait no more!

Rune Germain moves to a boarding school outside of Paris, only to discover that at this opera-house-turned-music-conservatory, phantoms really do exist. RoseBlood is a Phantom of the Opera–inspired retelling in which Rune’s biggest talent—her voice—is also her biggest curse.

BONUS! Pre-order RoseBlood and get a signed, limited-edition print. 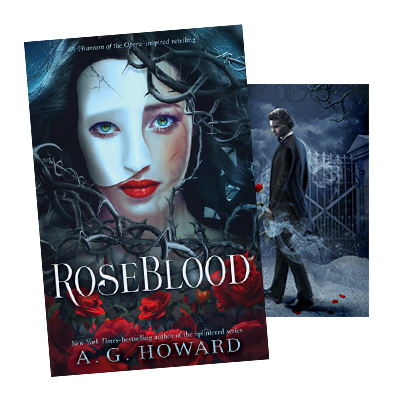