Quote of the Week: THE MOVIE VERSION 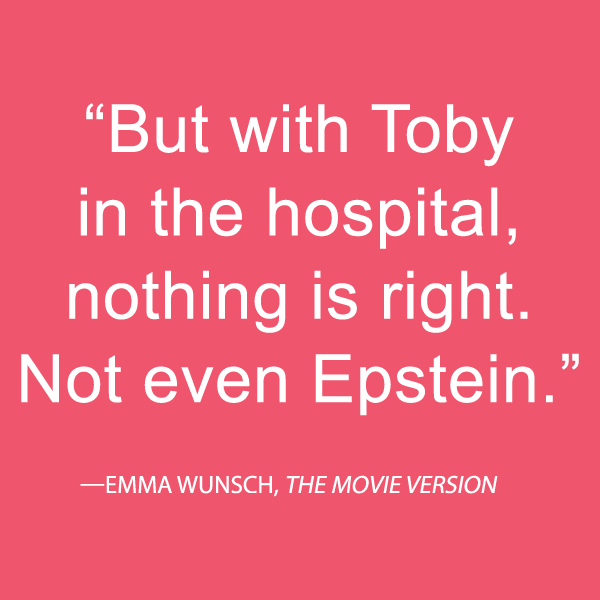 I feel worse after I read Epstein’s response. It’s the perfect email, the perfect response to what I wrote, and I shouldn’t be surprised because Epstein is the perfect boyfriend. But with Toby in the hospital, nothing is right. Not even Epstein.

Today’s Quote of the Week comes from The Movie Version by Emma Wunsch! This whip-smart, heart-wrenching debut YA novel about first love, first loss, and filmmaking will delight fans of Jandy Nelson and Jennifer Niven.

In the movie version of Amelia’s life, the roles have always been clear. Her older brother, Toby: definitely the Star. As popular with the stoners as he is with the cheerleaders, Toby is someone you’d pay ten bucks to watch sweep Battle of the Bands and build a “beach party” in the bathroom. As for Amelia? She’s Toby Anderson’s Younger Sister. She’s perfectly happy to watch Toby’s hijinks from the sidelines, when she’s not engrossed in one of her elaborately themed Netflix movie marathons.

The Movie Version is available now.