In honor of NaNoWriMo, Pique has graciously invited me over to offer up some writing tips. So for everyone out there penning a novel this month, I’d like to chat about characterization.

Anyone who’s read my books or has visited my pinterest boards knows I’m meticulous about characterization, and I’m also a visual writer. So it’s only fitting that I should start my post off with a picture. 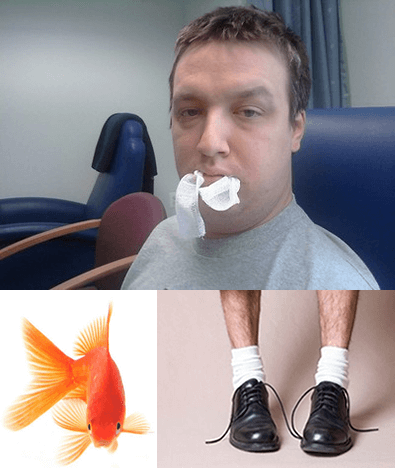 Now, you’re no doubt wondering: what do the three of these pictures have in common? And even more pressing, what could they possibly have to do with characterization?

Well, back when I first started writing, I watched a movie called Dark City. It’s a psychological sci-fi horror from the director of The Crow, and a guilty pleasure for me for that reason alone. But what I took away from the movie helped my writing grow in leaps and bounds.

The characterization is strong in this one. I don’t mean characterization built throughout the length of the movie. The most indelible details were the little things I noticed about each character within the first five minutes they were on screen.  Here’s where the images above come in…

At the beginning, when we meet the hero, he’s waking up in a bathtub full of tepid water. He’s bleeding, and devoid of any memory of his past. While getting out, he slips and shatters a fishbowl. As the goldfish lays on the floor gasping, the hero picks it up gently and releases it in the bathtub. He then turns around to find a woman’s corpse, mutilated and murdered beside his bed. So now he’s on the run, thinking he’s a cold-blooded murderer. But how could someone who so tenderly saved the life of a fish be heartless and violent? That one glimpse into his character already has us wondering.

Next, we meet the detective. One of the first things to come out of his mouth upon arriving at the crime scene is, “Your shoe’s untied,” to one of his officers. We immediately know he’s fastidious and a man of details. He doesn’t miss anything. So when he sees the bloody scene in the bedroom, then goes to the bathroom and finds the broken fish bowl and its previous occupant swimming merrily in the bathtub, he wonders the same thing we do. “Why would a murderer have the compassion to save a fish?”

Well, maybe the dude has a fish fetish. But of course, that’s not what comes to our mind. Because of the carefully laid out characterization, we’re already starting to cheer for the possible murderer, and hoping the diligent detective will be able to figure out the truth, prove his innocence, and save him.

That’s amazing. The writers have given us bone deep insight with little more than a couple of afterthoughts/gestures on the part of the characters.

Another example is Ghost Town, a comedy about a dentist, who after being dead for a few minutes during a colonoscopy, is suddenly able to see and hear every ghost in town. Thing is, this guy HATES people and tries to avoid them at all costs. And how do we know? Well, we find him stuffing a wad of gauze in his patient’s mouth, not because he’s about to do a procedure that requires it, but because he just can’t stand to hear her yak anymore. 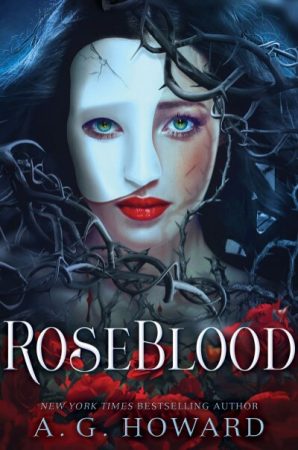 Screenwriters are aces at honing in on what appears at first to be minutiae, then later comes into play in a big way. They have to super power every detail chosen because they have so little time to bring their viewers up to speed so the story can take front seat. It’s like giving us a jolt with an emotional spark plug so we’re connected to the characters.

As novelists / story writers, this same strategy can work for us. Take a look at the first few sentences / paragraphs in your project and try to find places where you can jump start your characterization with one small detail that packs a punch and gives your reader keen insight into your character’s depths.

Good luck to everyone taking part in NaNoWriMo.  Go out there and give those characters some depth!

Tags: A.G. Howard
« Seven Dating Personalities According To Love
On Your Bookshelf: Kate A. Boorman »