It’s October and there are lists everywhere of best scary films. Google the phrase and you’ll find a hundred more authoritative than mine. What I look for in a scary movie doesn’t always jive with what classic connoisseurs of the genre look for. First of all, I like the scare more than the gore. Friday the 13th? Nightmare on Elm Street? I could never get into slasher flicks.  But I do love getting freaked out. Also, I like my scary movies to be quirky. And if they’re funny? So much the better.

So . . . since I don’t always trust my own taste, I’ve enlisted the opinions of two experts, my teenagers Rick and Sofia, and together we’ve come up with these juried lists of movies that shouldn’t be missed this pumpkin spice season.

Traditional Scary Movies Where We Agree with The Experts:

Good for a Laugh:

Favorite Scary Movie of All Time Watch It Now:

MJ: Rear Window. To me, this movie defines suspense. I love the scene with Grace Kelly digging for a human head in the pea patch and, finding none, climbing up the fire escape in a couture gown and breaking into a killer’s apartment. Talk about gutsy. Talk about glam. Alfred Hitchcock not only knew how to scare people, he knew how to dress his leading ladies.

Sofia: Cabin in the Woods. Sofia likes this one because it plays with stereotypes of horror movies. Plus, we’re all in for anything with Joss Whedon’s name attached to it.

Rick: Simpsons Treehouse of Horror #XXVII The One Where Lisa’s Imaginary Friend Murders People: All the Treehouses are good. Rick was hard-pressed to narrow it down to one. Especially one that doesn’t include forbidden doughnuts. 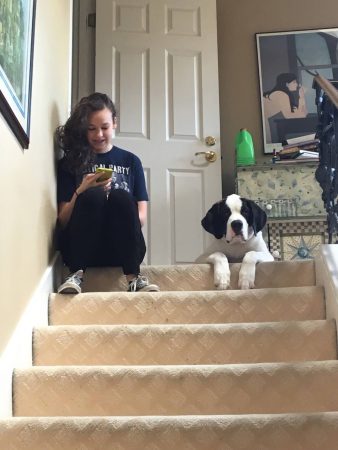 We hope you enjoy these movies as much as we have, sitting under blankets in our darkened family room, eating pumpkin spice bars and being leaned upon by our Saint Bernard, Newton, who is a lot of dog and doesn’t mind being hugged during the scary parts. He’s eight months old and so far hasn’t showed any signs of turning evil, other than drooling, which, according to the Cujo universe, means we’re doomed.

We’re not too worried, but according to the laws of every scary movie ever made, that’s when he’ll get us.