It’s Pique Week! Pique Week is the week we devote to all our new and upcoming titles here at Abrams – and let me tell you, we have some absolute beauties coming up.

This spotlight post highlights all of our titles that are more on the realistic side. Who needs magic to tell a good story? 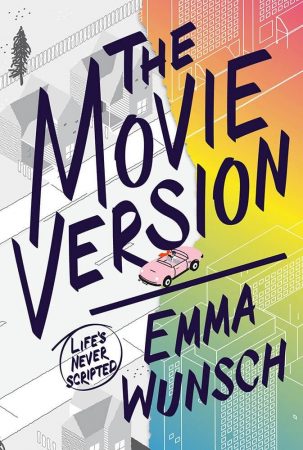 The Movie Version by Emma Wunsch
In the movie version of Amelia’s life, the roles have always been clear. Her older brother, Toby: definitely the Star. As popular with the stoners as he is with the cheerleaders, Toby is someone you’d pay ten bucks to watch sweep Battle of the Bands and build a “beach party” in the bathroom. As for Amelia? She’s Toby Anderson’s Younger Sister. She’s perfectly happy to watch Toby’s hijinks from the sidelines, when she’s not engrossed in one of her elaborately themed Netflix movie marathons.

The Movie Version is available now. Add it on Goodreads and read an excerpt here on Pique. 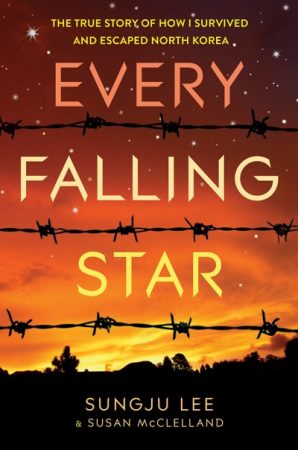 Every Falling Star by Sungju Lee and Susan McClelland
Every Falling Star, the first book to portray contemporary North Korea to a young audience, is the intense memoir of a North Korean boy named Sungju who is forced at age twelve to live on the streets and fend for himself. To survive, Sungju creates a gang and lives by thieving, fighting, begging, and stealing rides on cargo trains. Sungju richly re-creates his scabrous story, depicting what it was like for a boy alone to create a new family with his gang, his “brothers”; to be hungry and to fear arrest, imprisonment, and even execution. This riveting memoir allows young readers to learn about other cultures where freedoms they take for granted do not exist.

Every Falling Star is available now. Add it on Goodreads and read an excerpt here on Pique. 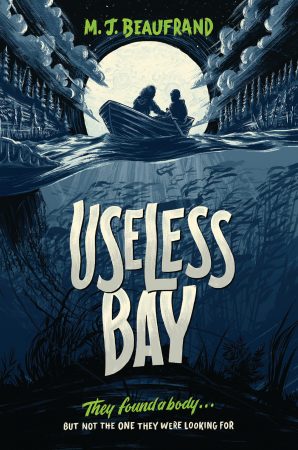 Useless Bay by M.J. Beaufrand
On Whidbey Island, the Gray quintuplets are the stuff of legend. Pixie and her brothers have always been bigger and blonder than their neighbors, as if they were birthed from the island itself. Together, they serve as an unofficial search-and-rescue team for the island, saving tourists and locals alike from the forces of wind and sea. But, when a young boy goes missing, the mysteries start to pile up. While searching for him, they find his mother’s dead body instead—and realize that something sinister is in their midst. Edgar-nominated author M. J. Beaufrand has crafted another atmospheric thriller with a touch of magical realism that fans of mystery and true crime will devour.

Useless Bay releases tomorrow, October 18. Add it on Goodreads or read an excerpt here on Pique. 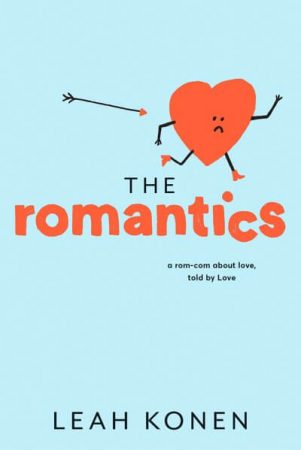 The Romantics by Leah Konen
Perfect for fans of Lauren Myracle and Rainbow Rowell, The Romantics will charm readers of all ages. Gael Brennan is about to have his heart broken when his first big relationship crumbles on the heels of his parents’ painful separation. Love intervenes with the intention of setting things right—but she doesn’t anticipate the intrusion of her dreaded nemesis: the Rebound. Love’s plans for Gael are sidetracked by Cara, Gael’s hot-sauce-wielding “dream girl.” The more Love meddles, the further Gael drifts from the one girl who can help him mend his heart. Soon Love starts breaking all her own rules—and in order to set Gael’s fate back on course, she has to make some tough decisions about what it means to truly care.

The Romantics releases on November 1. Add it on Goodreads and read an excerpt here on Pique.

Did you see the list of new and upcoming realistic @abramskids books on @PiqueBeyond? They look AMAZING. Check ’em out! 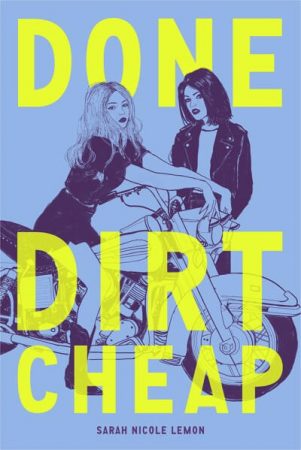 Done Dirt Deep by Sarah Lemon
Tourmaline Harris’s life hit pause at fifteen, when her mom went to prison because of Tourmaline’s unintentionally damning testimony. But at eighteen, her home life is stable, and she has a strong relationship with her father, the president of a local biker club known as the Wardens. Virginia Campbell’s life hit fast-forward at fifteen, when her mom “sold” her into the services of Hazard, a powerful attorney: a man for whom the law is merely a suggestion. When Hazard sets his sights on dismantling the Wardens, he sends in Virginia, who has every intention of selling out the club—and Tourmaline. But the two girls are stronger than the circumstances that brought them together, and their resilience defines the friendship at the heart of this powerful debut novel. 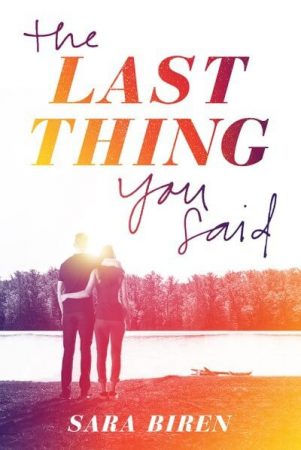 The Last Thing You Said by Sara Biren
Last summer, Lucy’s and Ben’s lives changed in an instant. One moment, they were shyly flirting on a lake raft, finally about to admit their feelings to each other after years of yearning. In the next, Trixie—Lucy’s best friend and Ben’s sister—was gone, her heart giving out during a routine swim. And just like that, the idyllic world they knew turned upside down, and the would-be couple drifted apart, swallowed up by their grief. Now it’s a year later in their small lake town, and as the anniversary of Trixie’s death looms, Lucy and Ben’s undeniable connection pulls them back together. They can’t change what happened the day they lost Trixie, but the summer might finally bring them closer to healing—and to each other.

The Last Thing You Said releases on April 4. Add it on Goodreads. 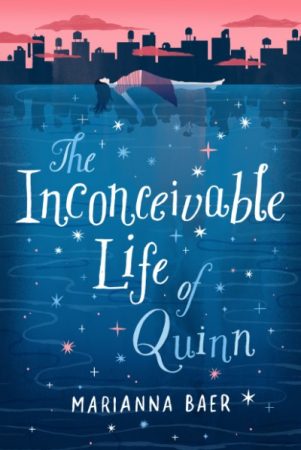 The Inconceivable Life of Quinn by Marianna Baer
Quinn Cutler is sixteen and the daughter of a high-profile Brooklyn politician. She’s also pregnant, a crisis made infinitely more shocking by the fact that she has no memory of ever having sex. Before Quinn can solve this deeply troubling mystery, her story becomes public. Rumors spread, jeopardizing her reputation, her relationship with a boyfriend she adores, and her father’s campaign for Congress. Religious fanatics gather at the Cutlers’ home, believing Quinn is a virgin, pregnant with the next messiah. Quinn’s desperate search for answers uncovers lies and family secrets—strange, possibly supernatural ones. Might she, in fact, be a virgin?

The Inconceivable Life of Quinn releases on April 4. Add it on Goodreads. 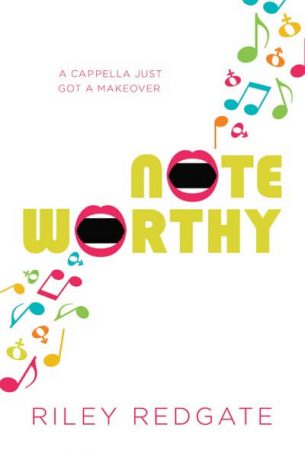 Noteworthy by Riley Redgate
It’s the start of Jordan Sun’s junior year at the Kensington-Blaine Boarding School for the Performing Arts. Unfortunately, she’s an Alto 2, which—in the musical theatre world—is sort of like being a vulture in the wild: She has a spot in the ecosystem, but nobody’s falling over themselves to express their appreciation. So it’s no surprise when she gets shut out of the fall musical for the third year straight. But then the school gets a mass email: A spot has opened up in the Sharpshooters, Kensington’s elite a cappella octet. Worshiped . . . revered . . . all male. Desperate to prove herself, Jordan auditions in her most convincing drag, and it turns out that Jordan Sun, Tenor 1, is exactly what the Sharps are looking for.

Noteworthy releases on May 2. Add it on Goodreads.

Which of these books are YOU most excited about? Let us know on Twitter with the hasthtag #PiqueWeek!

Come back on October 20th at noon for our list of upcoming fantastical titles!

Tags: emma wunsch, leah konen, M.J. Beaufrand, Marianna Baer, sara biren, Sarah Lemon, sungju lee, susan mcclelland
« You, Too, Could Be A Witch
Like the Fantastical? Pique at These Books »