Quote of the Week: USELESS BAY 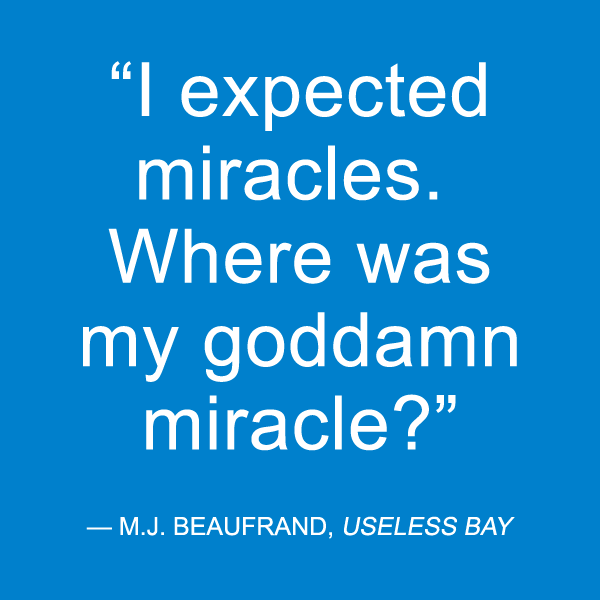 Most people would’ve thought this a kindness, but not me. I was pissed. He didn’t even try to resuscitate her. I mean, he was Frank Gray. I once saw him try to give CPR to a field mouse that was so dead it’d been partially digested by a barn owl.

“That’s it? You’re not even going to try?” I now had three Grays. I expected miracles. Where was my goddamn miracle?

Our quote of the week comes from Useless Bay, the new atmospheric thriller from Edgar-nominated author M. J. Beaufrand.

On Whidbey Island, the Gray quintuplets are the stuff of legend. Pixie and her brothers have always been bigger and blonder than their neighbors, as if they were birthed from the island itself. Together, they serve as an unofficial search-and-rescue team for the island, saving tourists and locals alike from the forces of wind and sea. But, when a young boy goes missing, the mysteries start to pile up. While searching for him, they find his mother’s dead body instead—and realize that something sinister is in their midst.