Quote of the Week: KLICKITAT by Peter Rock 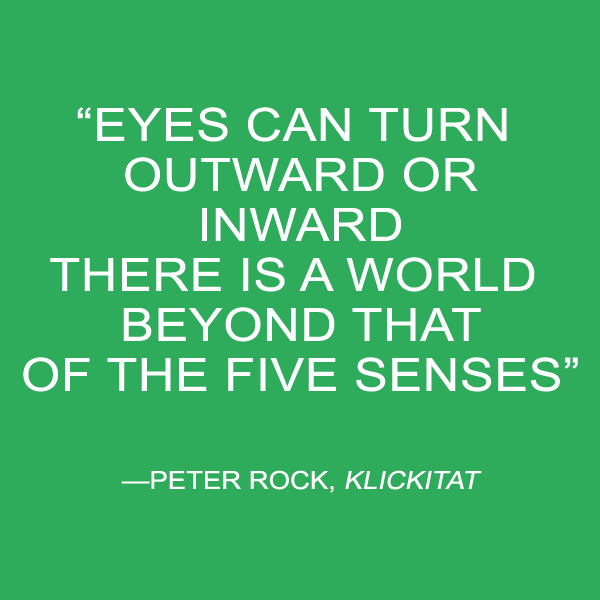 “EYES CAN TURN OUTWARD OR INWARD

THERE IS A WORLD BEYOND THAT OF THE FIVE SENSES”

Today’s Quote of the Week comes from one of the surprise entries in Vivian’s notebook in Peter Rock’s haunting Klickitat.

Vivian feels left behind when her older sister, Audra, runs away from home. She believes that Audra will return and pays careful attention to the clues around her. Then, inexplicably, writing begins to appear in a blank notebook.

When Audra does come back for Vivian, she’s in the company of a strange man. The three of them run away together and practice wilderness survival. While Audra plans for the future, Vivian continues to gather evidence: Who is this mysterious man, and does he have any connection to the words appearing in her notebook?