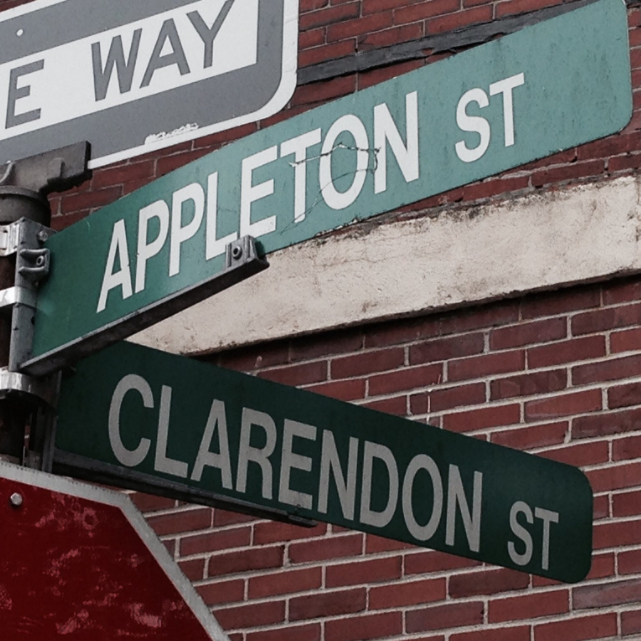 It’s Boston, 1919, and the Cast Iron club is packed. On stage, hemopaths—whose “afflicted” blood gives them the ability to create illusions through art—Corinne and Ada have been best friends ever since infamous gangster Johnny Dervish recruited them into his circle. By night they perform for Johnny’s crowds, and by day they con Boston’s elite.

That’s the exact premise of Destiny Soria’s novel, Iron Cast, which comes out October 11. And while the setting of Destiny’s glitzy YA debut is Prohibition-era Beantown, many of the locations that inspired Corinne and Ada’s story can be visited today.

Need proof? The author recently took to the Massachusetts streets—and Twitter—while in town for the Boston Teen Author Festival to share her own #IronCast tour of the city. Check it out below!

First stop is a sad one…something not-good happens in Langone Park in #IronCast. But no spoilers! pic.twitter.com/IOsryywgs9

Because no story is complete without a true partner in crime.

The Old North Church was the site of a very prestigious wedding in #IronCast. pic.twitter.com/1G2ANe1FJX

But what if those statues did exist in the 20s?!

Chillin’ at the Frog Pond. These statues weren’t around in the 20s but the Frog Pond does make an appearance in #IronCast. pic.twitter.com/GwYIYjhqMT

We’re emotional just looking at it from the screen!

Definitely got some strange looks from passersby at how emotional I was at this random street corner. #IronCast pic.twitter.com/PpDW7oWhCT

Now that you’ve seen Boston through Destiny’s eyes, are you ready to live it with Corinne and Ada? Let us know on Twitter at @PiqueBeyond!

Tags: destiny soria, iron cast
« A Q&A with Sungju Lee on EVERY FALLING STAR
Ask the Author: What Musician Would You Perform With? »