Find your next YA read with your favorite Shakespeare play!

If you’re anything like me, you really love Shakespeare – or, at least, some of his plays. Whether you prefer the witches of Macbeth or the star-crossed lovers of Romeo & Juliet, we’ve got a read for you. 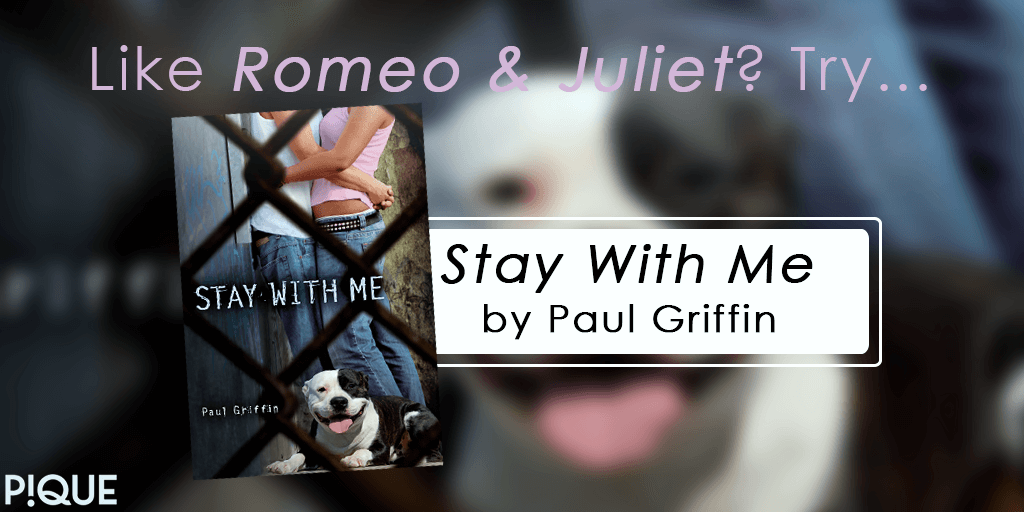 Like Romeo & Juliet? If you’re a fan of star-crossed lovers in a heated political atmosphere, you might try Stay With Me by Paul Griffin.

In Stay With Me (Dial Books / September 2011), Griffin crafts a charming and heartbreaking urban romance. Cece and Mack didn’t want to fall in love, but they begin to plan for the future in secret. But one horrible mistake from Mack destroys the future they’d planned. 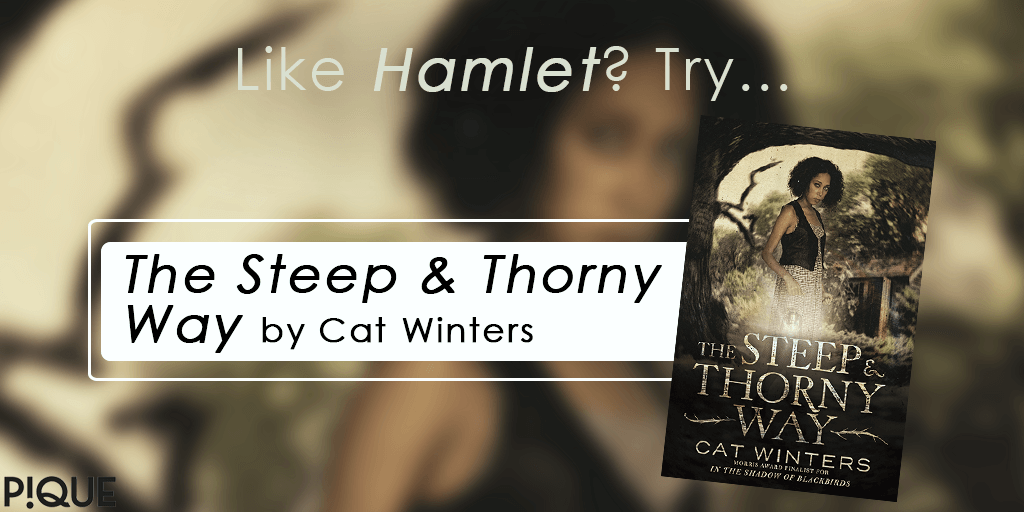 Like Hamlet? If you’re a fan of ghosts, murder, and world-famous soliloquies, pick up The Steep & Thorny Way by Cat Winters.

In The Steep & Thorny Way (Amulet Books / March 2016), it’s Oregon, 1923. Hannalee Denney’s father is a ghost, the doctor who treated him is now Hannalee’s stepfather. Was the death an accident or murder most foul? 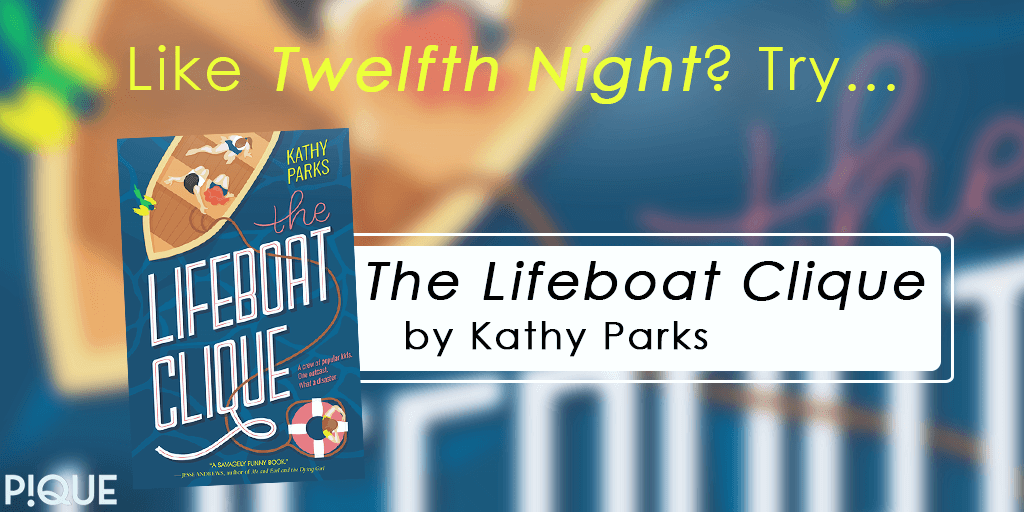 Like Twelfth Night? If you’re into some hilariously dark stories featuring ships and oceans, try The Lifeboat Clique by Kathy Parks.

In The Lifeboat Clique (Katherine Tegen Books / March 2016), Denver and a handful of her classmates are swept out to sea, holding onto the roof of a house to survive, including her ex-best-friend Abigail. What will kill Denver first: dehydration, sunstroke, or the girl who used to be her sister? 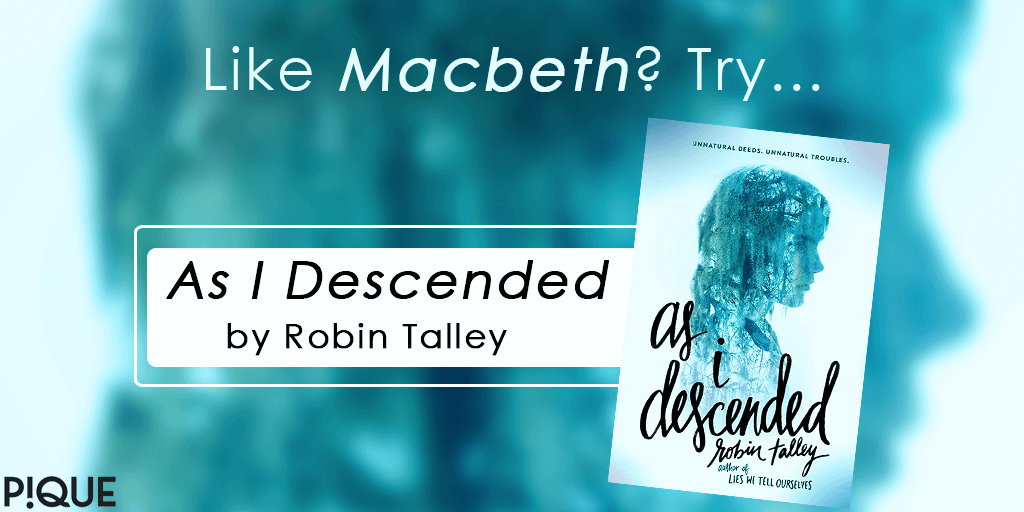 Like Macbeth? If you like witches and conniving power couples, you’ll need to snag As I Descended by Robin Talley.

In As I Descended (HarlequinTeen / September 2016), Talley reimagines Macbeth in a modern high school with a queer girl couple. Maria and Lily are the school’s power couple, even if nobody else knows it, but Delilah Dufrey stands in the way of their perfect future. Lily and Maria are willing to do whatever it takes, including harnessing dark powers rumored to be on the former plantation that houses their school. 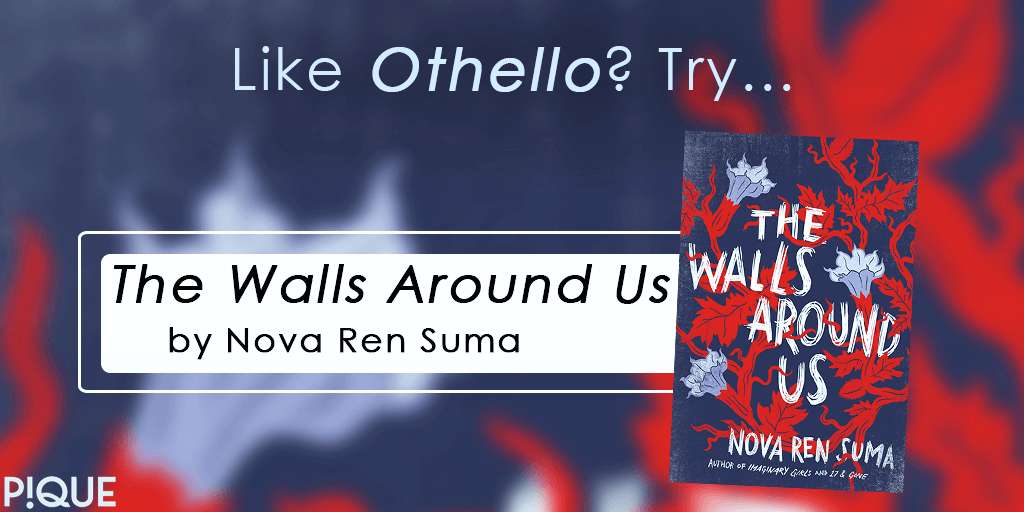 Like Othello? If you like twisted stories of love and betrayal, you need the lyrical The Walls Around Us by Nova Ren Suma.

In this “Orange is the New Black Swan” YA novel (Algonquin Young Readers / March 2015), Amber has been locked up for so long she can’t imagine freedom. A truth threatens to expose dancer Violet’s secret. And Orianna is the girl who ties them all together. 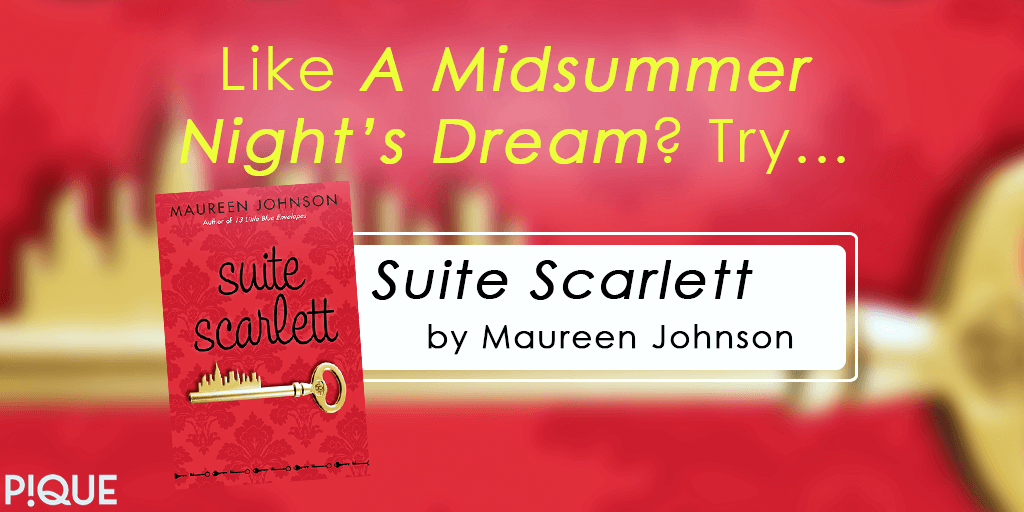 Like A Midsummer Night’s Dream? If you like comedies with intense twists and love mishaps, try Suite Scarlett by Maureen Johnson.

In Suite Scarlett (Point / May 2008), Scarlett Martin grew up in the Hopewell, a small Art Deco hotel in New York City. When she turns 15, she’s put in charge of the Empire Suite, which contains a strange permanent resident named Mrs. Amberson, which leads her to meeting Eric, a gorgeous actor who just arrived in New York City.

Tags: cat winters, if you like, Shakespeare, the steep and thorny way
« Ask the Author: What’s On Your Vacation Bucket List?
The Art of Creating Thrills »