Quote of the Week: OTHERBOUND 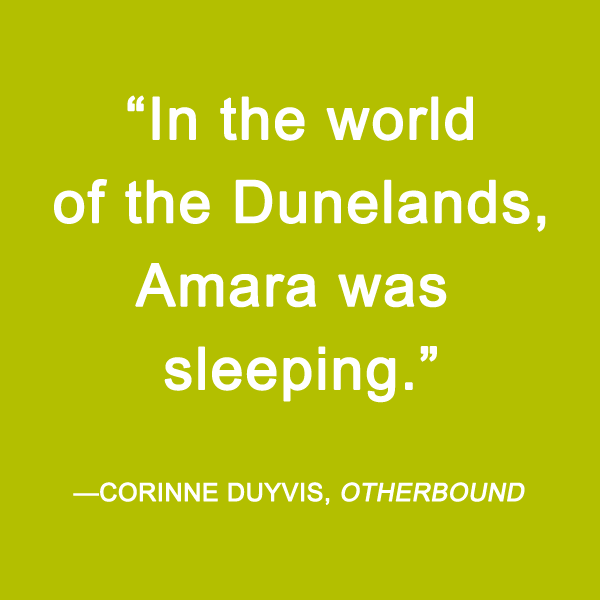 “In the world of the Dunelands, Amara was sleeping.”

Our quote of the week is the first line of Corinne Duyvis’s incredible fantasy Otherbound.

Nolan doesn’t see darkness when he closes his eyes. Instead, he’s transported into the mind of Amara, a girl living in a different world. Nolan’s life in his small Arizona town is full of history tests, family tension, and laundry; his parents think he has epilepsy, judging from his frequent blackouts. Amara’s world is full of magic and danger–she’s a mute servant girl who’s tasked with protecting a renegade princess. Nolan is only an observer in Amara’s world–until he learns to control her. At first, Amara is terrified. Then, she’s furious. But to keep the princess–and themselves–alive, they’ll have to work together and discover the truth behind their connection.

Tags: corinne duyvis
« POLL: Which EDGEWATER cover do you prefer?
Quote of the Week: THE GRACES »