Beyond the Cover: DEVIL AND THE BLUEBIRD by Jennifer Mason-Black

Hey everyone! I’m excited to share my FIRST cover evolution for the Pique blog. This is not only my first blog post, but Devil and the Bluebird was one of the first Amulet covers I art directed when I started at ABRAMS, so it’s very near and dear to my heart. 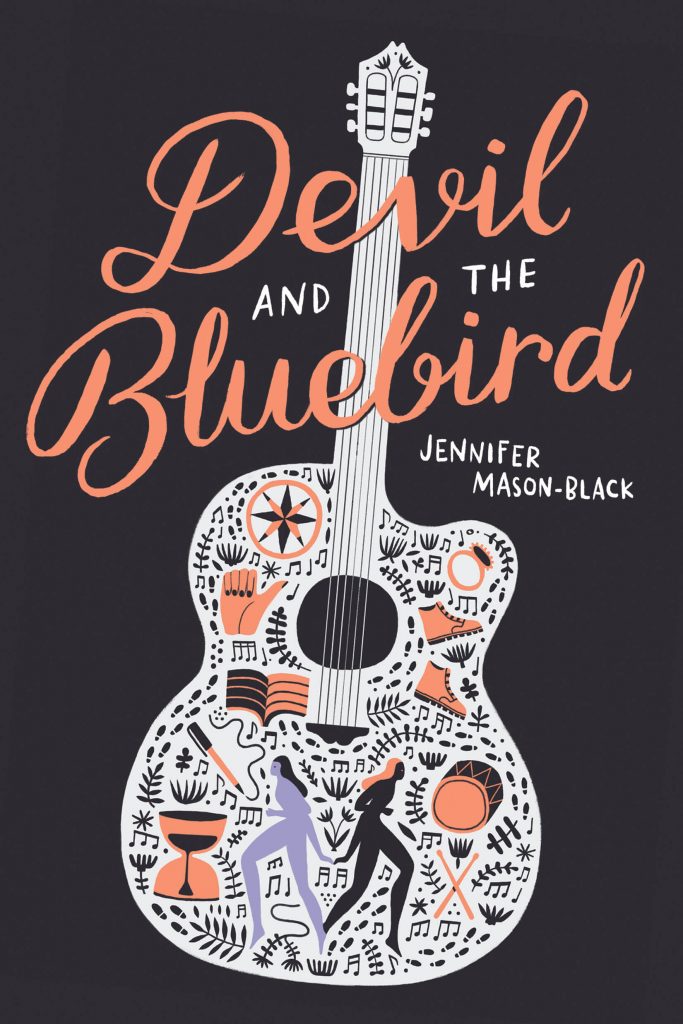 The Devil and the Bluebird cover was a really fun book to work on for many reasons. If you haven’t read it yet, I would highly recommend it. It’s a really beautiful (and at times, kind of creepy) coming of age tale filled with a folkloric vibe that inspired a lot of the imagery that ultimately made up the cover artwork. After reading through the manuscript (and tearing up on the subway a few times in the process), I met with the book’s editor, Anne Heltzel. We discussed the story and the important imagery we wanted to focus on; music, folklore, and the personal objects referenced by Blue in the story – these ideas and visuals were all really important to us. The Devil also is an important character in the story, and we wanted to touch on some of the darker aspects of the novel without making it look like a fantasy or inappropriately demonic book (because, you know, that’s a ever-present concern).

Fun fact: The original title for this book was Interstate, but it was given a new title after we chose our visual direction. Luckily, the new title was so much more descriptive and fitting with the artwork!

I am personally really interested in occult imagery and the signs and symbols found in folk artwork. It was these interests that lead me to the work of Monica Ramos. I found the image of hers, below, when compiling visual research for this cover. I was instantly drawn to her use of details and symbols, and especially the strong, limited color palette of this specific piece. Monica’s art is what I pitched to Anne, and what inspired the concept we ultimately moved forward with for the cover. 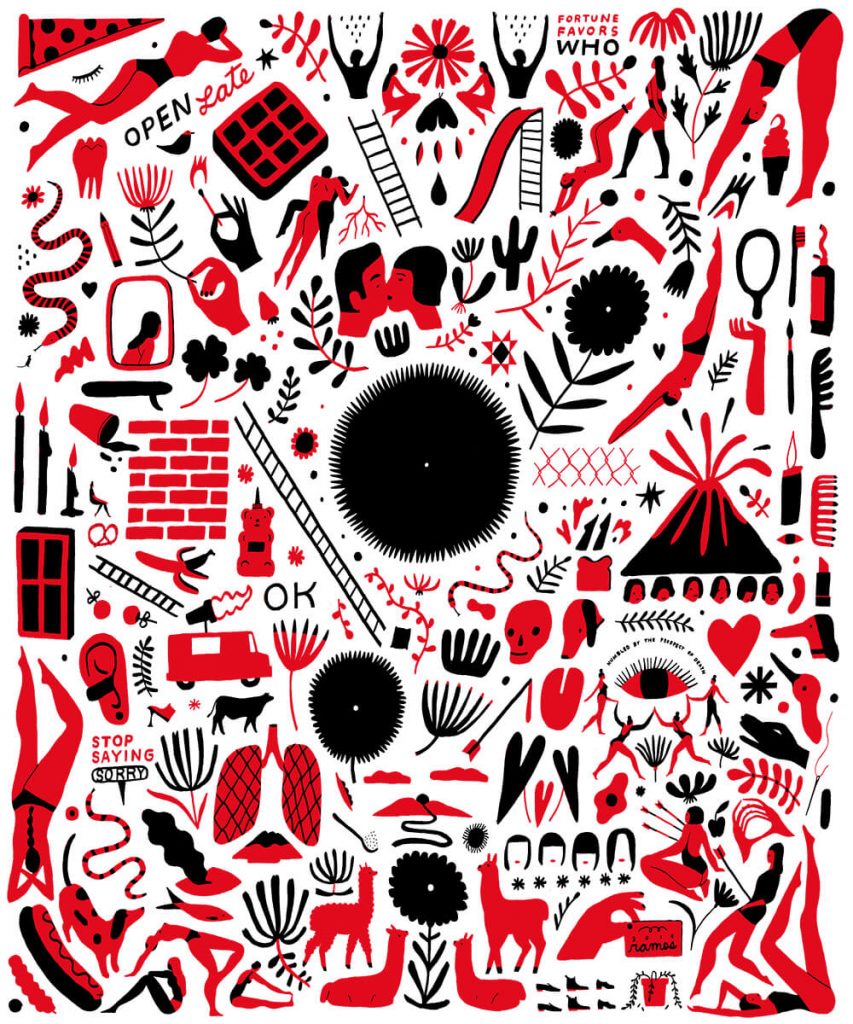 Here is my mock up of the cover using Monica’s artwork. We were able to get a solid concept, and a better idea of how the cover could look because we were lucky enough to find the perfect artist, and perfect inspirational piece. There was never any doubt that we would reach out to Monica for this job. 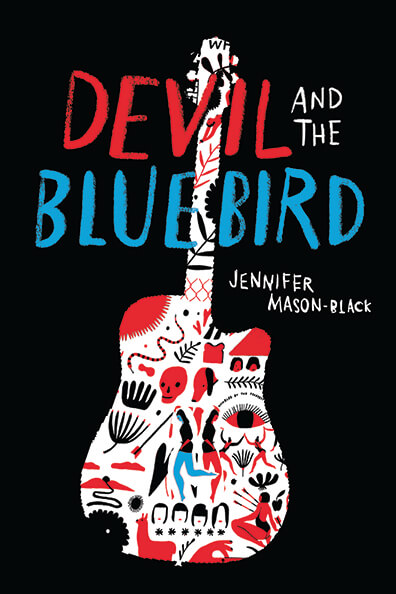 After hiring Monica and pitching our concept, we had her take our initial idea and try to build off of it. She came up with the beautiful sketches below (among others). We were all SUPER intrigued by the cropped in guitar image, but I think ultimately we liked the simplicity of the original guitar silhouette. We also knew the color palette had to be brighter and needed more contrast. 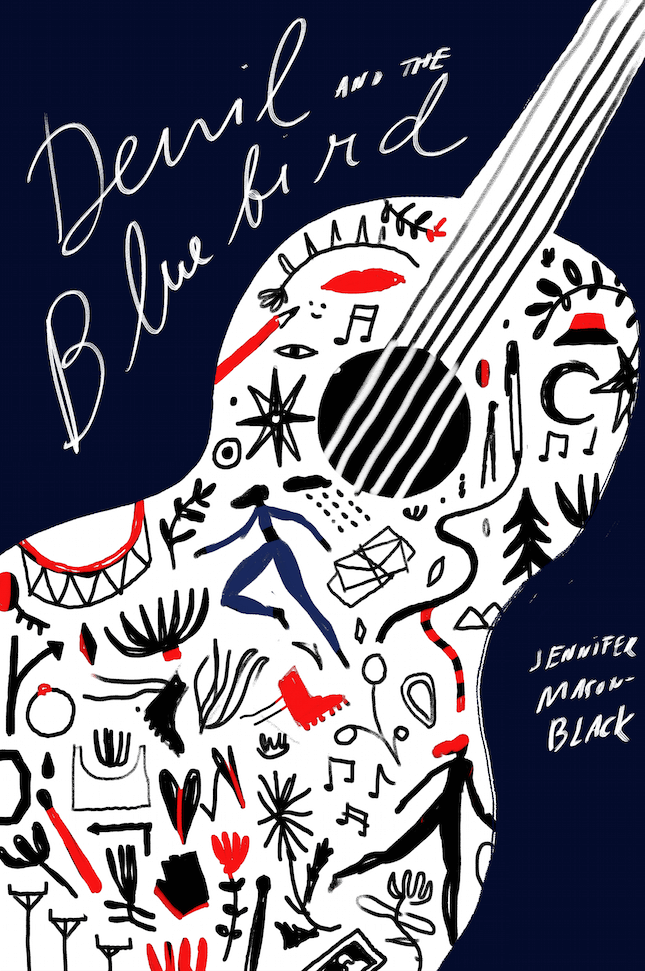 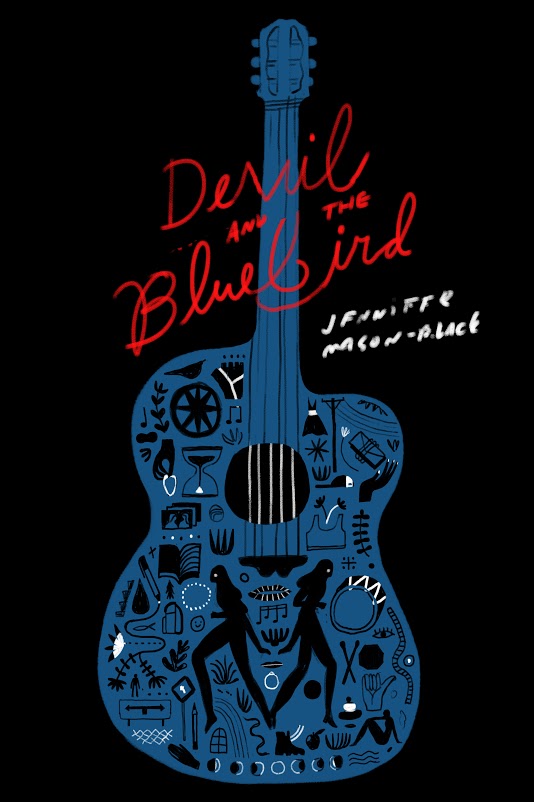 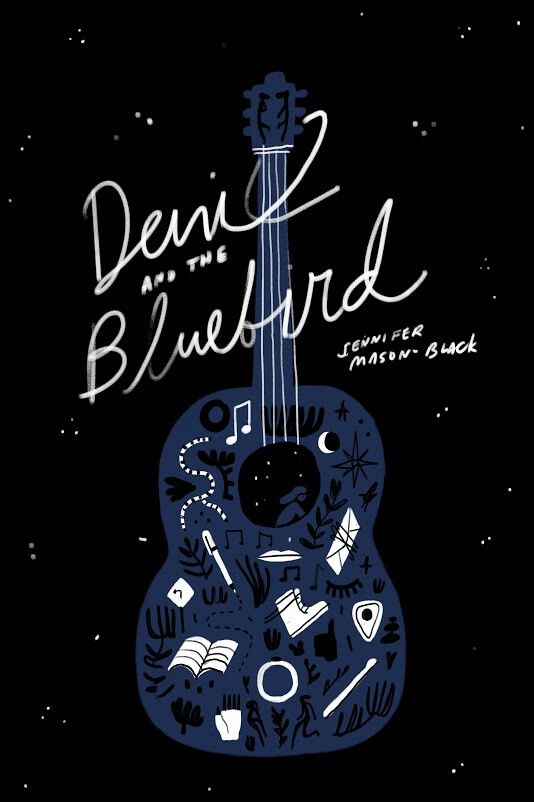 The final step was making sure we got Blue’s personal affects just right. You’ll see, upon reading the novel, that these objects play an important roll within the context of the story; the boots, the notepad, the hourglass, the ring were all non-negotiable visuals. Notice that there was a training bra icon that didn’t make the cut. Anne and I also wanted to make sure the two characters conveyed the tension of the complicated relationships in the story. Below Monica has two similar compositions with varied character poses. 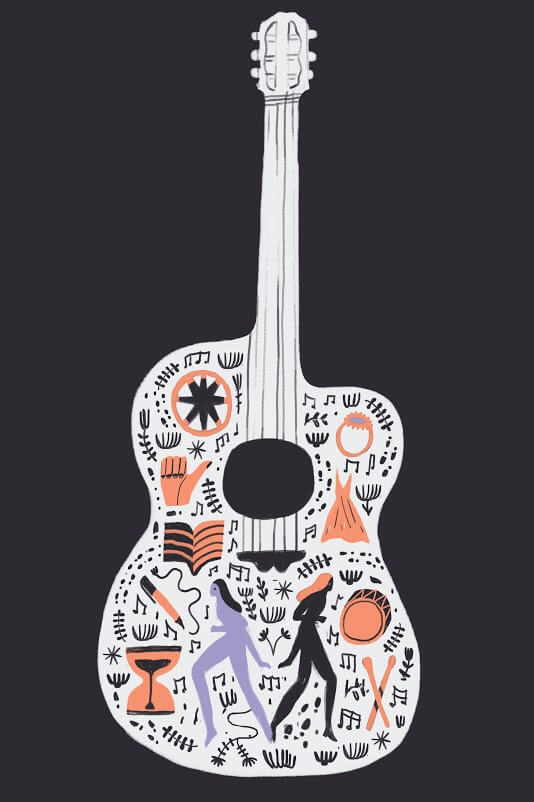 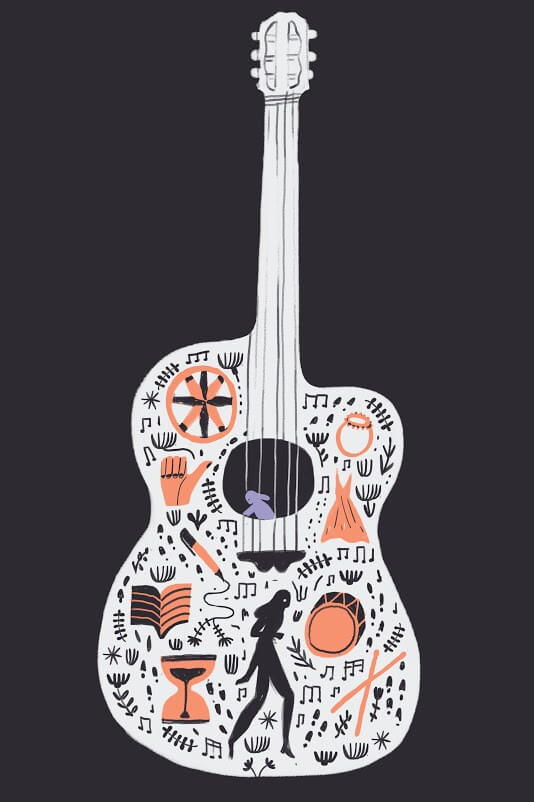 After a few more tweaks and an update to the palette (it was feeling TOO upbeat with it’s primary red/blue scheme, we ultimately opted for something dustier) the cover was nearly there. I did the title script for the cover, and created an interior pattern and chapter heads from Monica’s illustration. I’m so proud with how this cover turned out. As a team, we came together to develop something that perfectly represents Jennifer Mason-Black’s story, and looks pretty damn cool, too. 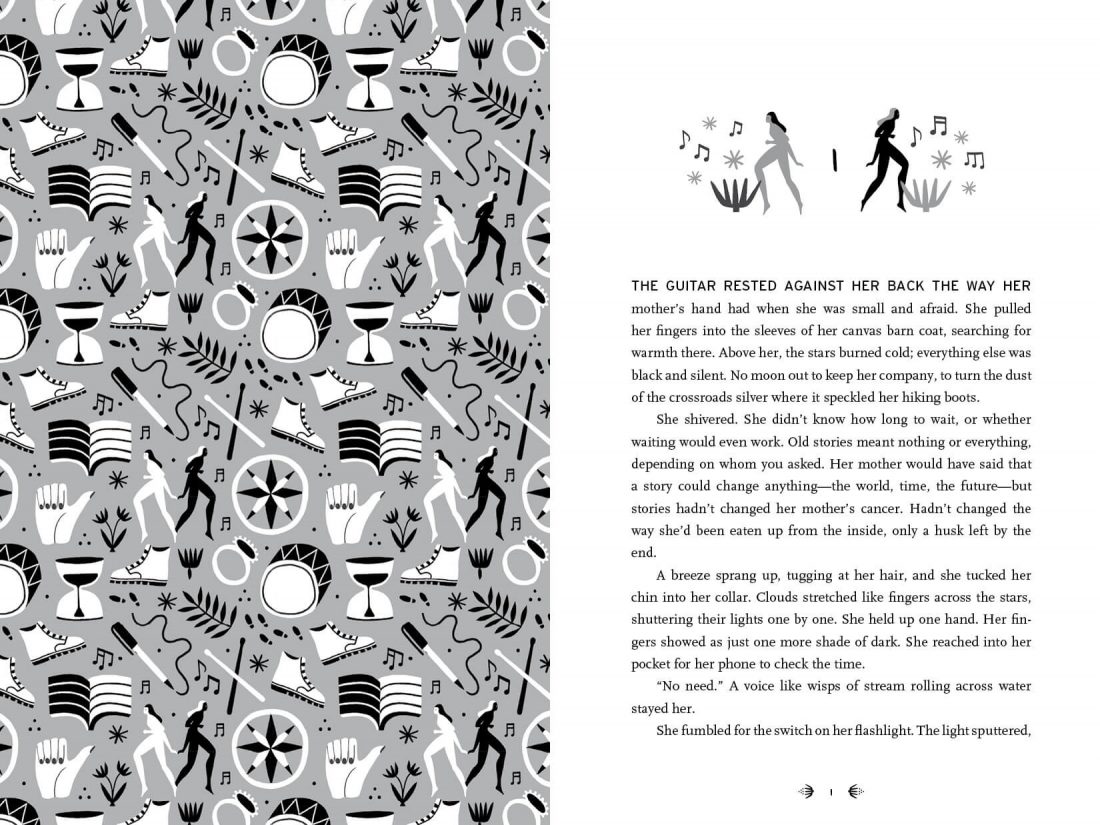 Tags: book covers, devil and the bluebird, jennifer mason-black
« The Art of Creating Thrills
Quote of the Week: THE LIE TREE »