Today I was invited to share my thoughts on constructing retellings and staying inspired while writing.

As for crafting a retelling, I don’t think there are any hard and fast rules. It’s all subjective, and depends on what a reader likes to read. However, in my personal favorite retellings, the author doesn’t just copy the original fairy tale or follow its plot to the letter. They twist things around, creating a spinoff or an adaptation where the mood and certain ingredients are recognizable while expanding on the original author’s vision by giving the characters and details a different meaning or identity. This way, the story stays true to some of the canon of the original.

For example, in my Wonderland adaptation, riddles abound, and there’s an aura of whimsy, yet I have creepy character counterparts (Octobenus, Morpheus, White Rabid, Chessie, Mad Hattington, etc…) and “funkified” dangerous settings inspired by the original books (Alice’s Adventures in Wonderland and Through the Looking Glass both). So the series is one part adaptation and one part tribute.

There are other remakes that use parallel storylines in a contemporary or urban fantasy setting, and/or symbolism (in Wonderland’s case, a white rabbit, a cat, a clock or playing cards, etc…) to tie the stories together. But in my series, Alyssa’s world is actually impacted by the Lewis Carroll tales because she’s descended from Alice Liddell, the real life inspiration for Carroll’s stories. So Alyssa turns to her mother’s copy of the book to help solve the riddles in hopes to fix her life. This “continuation/spinoff” aspect is what I mean by staying true to some of the canon while shaking things up.

I did something similar in my Phantom of the Opera spinoff. I researched the opera singer, Christina Nilsson, who was rumored to have “possibly” inspired Leroux’s naive young ingénue, Christine Daaé, and wrote her into the book, tying Rune Germain to her in a very personal way, except this time, it’s not a familial association. Even Leroux himself merited a role in RoseBlood, much like Carroll did in my Splintered series. The twisting and twining of the original backstory into the here and now gives Erik a modern stage on which to “perform,” so he can unleash his horrors upon one unfortunate occupant of the opera-themed boarding school, RoseBlood Academy. That’s where the mood of the original comes in. Where my Wonderland series is based on what has often been considered a children’s story, RoseBlood is based on a romantic horror/ drama. So there aren’t any *whimsical* underpinnings. Instead, it’s darkly romantic and Gothic with subtle elements of horror, and the relationships are more tortured / complex, staying true to Erik’s original characterization and history while expanding upon it.

How to find inspiration while writing: Everyone is different in this aspect as well, so I can only tell you what works for me when I’m developing a story. Here are the tools I use to stay inspired:

Mug shots: I post pictures of my main characters on a bulletin board in my office so I can see them each time I’m in the room. Sometimes that’s enough to either inspire an entire conversation between them, or a scene that I have to sit down and write immediately. Here’s a look at my RoseBlood inspirations board: 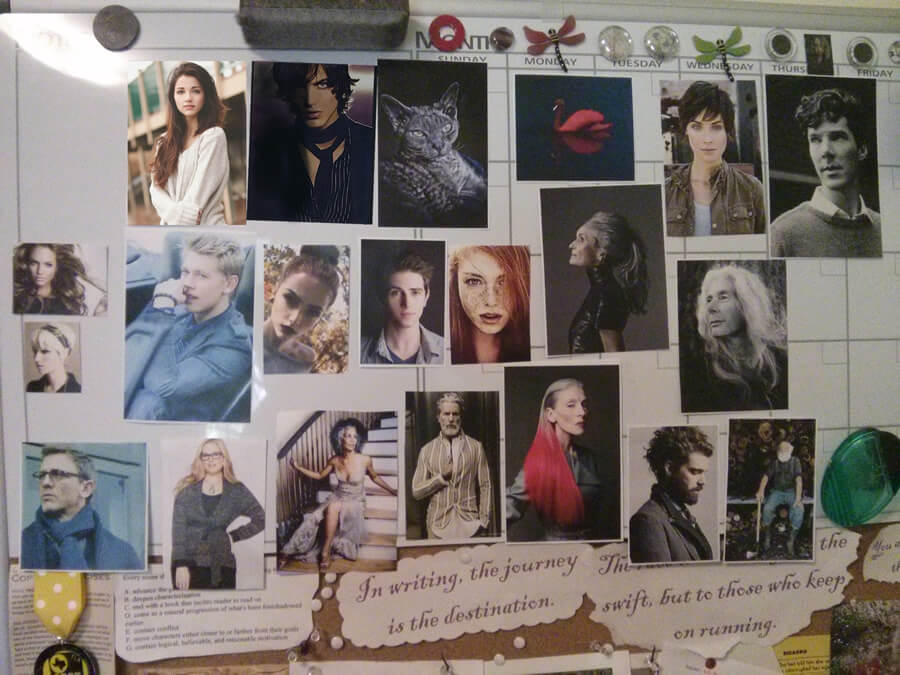 I also have Pinterest boards online that help inspire me as I’m writing.

Books and movies: Every Friday night my husband and I watch a DVD together. I prefer movies about my current WIP’s subject (I’m a bit of a fanatic about it). For example, while working on an adult vampire fantasy years before I was published, we saw tons of vampire flicks. Bless my spouse and his tolerant heart. This also goes for books. I saturate myself in the subject I’m writing. There are some authors who say this system doesn’t work for them, because it bleeds into their writing and makes it feel derivative. But for me, I need to know everything that’s out there. My brain has this knack for compartmentalizing things, separating someone else’s words/ideas from mine. So this keeps my head in the theme while helping me avoid what’s already been done in similar books and movies.

Music: While working on a project, I’ll compose a playlist of songs that evoke the moods of my characters / scenes, and to heighten the atmosphere of the setting wherein I’ve placed my story. The songs vary from instrumental to vocal pieces. I’m not picky. It all depends upon the book. Sometimes I’ll even listen to this music while doing something other than writing. Just like the pictures on my bulletin board, it sometimes inspires a scene or an exchange when I’m not even at the computer. My RoseBlood playlist consists—as you might expect—of violin and operatic pieces. Yet it also ranges from gothic metal to rock, electronic indie pop to trip hop, and alternative metal to pop-noir. It’s a very eclectic playlist, with myriad moods, emotions, lyrics and instrumental/vocalist stylings, and I’m looking forward to revealing it closer to RoseBlood’s launch. However, if you don’t like waiting, you can find my Splintered playlists now on my website. 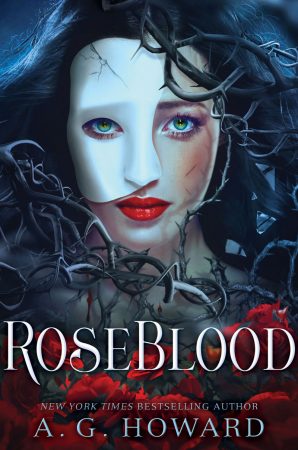 I’ll wrap this up by saying that just as there’s not simply one way to stay inspired, there’s no right or wrong way to write your retellings. Do what feels natural to your personal style. Just don’t forget the story’s origins; find a way to weave them in, if only in subtle nuances. After all, something about that original fairytale, classical novel, or myth lit a fire in your muse and made you want to revisit and expand on it. That elusive element is what you want to try to recapture and retain throughout, so your tale will merit the devotion of a whole new generation of book lovers, and possibly even send them clamoring back to an ageless original that they never would’ve otherwise read.