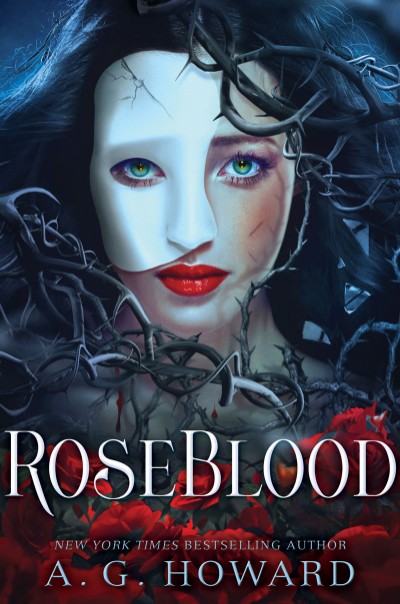 Chills. That’s one of the many emotions we’re feeling after watching the official trailer for A.G. Howard’s forthcoming RoseBlood.

A.G. (yes, the New York Times bestselling mastermind behind the Splintered series) revealed the video on her blog this week—and it’s making us wish we could fast forward to January 2017 already. It’s that haunting!

Check out the video we can’t stop talking about!

For those of you unfamiliar with the story, RoseBlood is a young-adult, gothic, modern-day spin on the original Phantom of the Opera. Rune, whose voice has been compared to that of an angel, has a mysterious affliction linked to her talent that leaves her sick and drained at the end of every performance. Convinced creative direction will cure her, her mother ships her off to a French boarding school for the arts, rumored to have a haunted past.